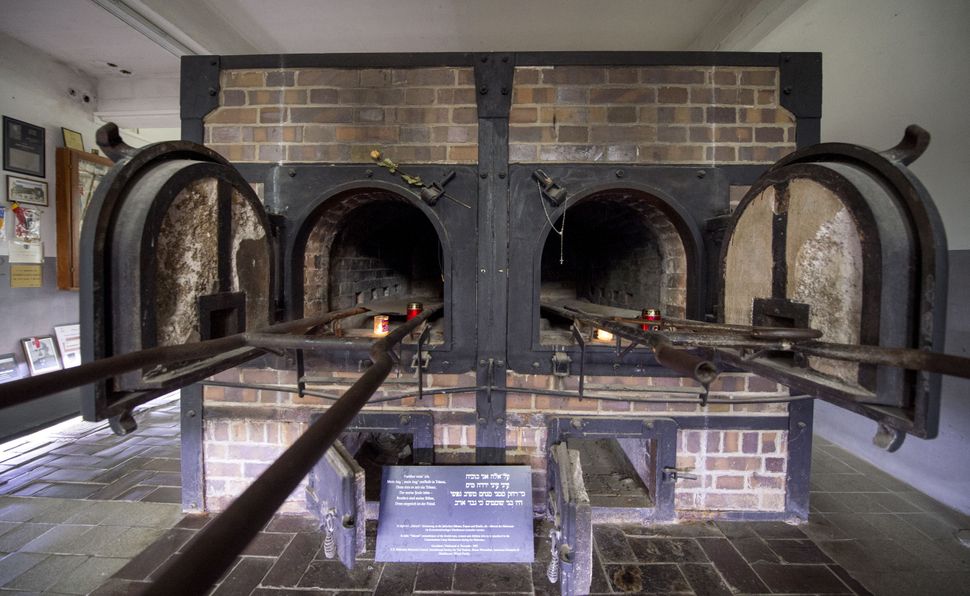 The head of Austria’s Jewish community accused prosecutors of reaffirming Nazi logic by not indicting authors of a newspaper article that called Holocaust survivors murderers and criminals.

The statement Monday by the president of the Jewish Community of Vienna, Oskar Deutsch, concerned the recent decision by prosecutors in the city of Graz to close a probe into the publication of an article titled “At Mauthausen, Mass Murderers Walked Free” in the July-August edition of the magazine Aula, which is affiliated with the far-right FPO party.

Mauthausen was a Nazi concentration camp built in 1938, where 119,000 people, including 38,120 Jews, were killed outright or worked to death.

“According to Graz prosecutors, Nazi logic must be continued in Austria,” Deutsch wrote following the decision not to prosecute the people responsible for the article. In what Deutsch said was a “heinous reversal of roles”, the article “labeled the victims, not the perpetrators, as mass murderers,” he added.

Mauthausen served as a prison for common criminals throughout 1938. But in 1939, Mauthausen expanded to become both a concentration camp and a killing center for political and ideological opponents, according to the Yad Vashem Holocaust museum in Jerusalem. The first transport of Jews arrived in Mauthausen in 1941 from the Netherlands.

Yet, according to the Der Standard daily, the Graz prosecutor’s office dismissed complaints against Aula, affirming that it is “understandable that the release of several thousand people from the Mauthausen concentration camp posed a nuisance to the affected areas of Austria,” and that that lawbreakers were “undisputedly” among the inmates.

Christian Pilnacek, a high-ranking justice ministry official, told the daily that Aula’s article was “impossible to understand and inhuman” and that the decision not to prosecute is wrong. He did not say what actions, if any, the ministry intends to take on the matter.

The ministry is currently reviewing the case following the submission to Parliament of critical queries on the prosecution’s decision.