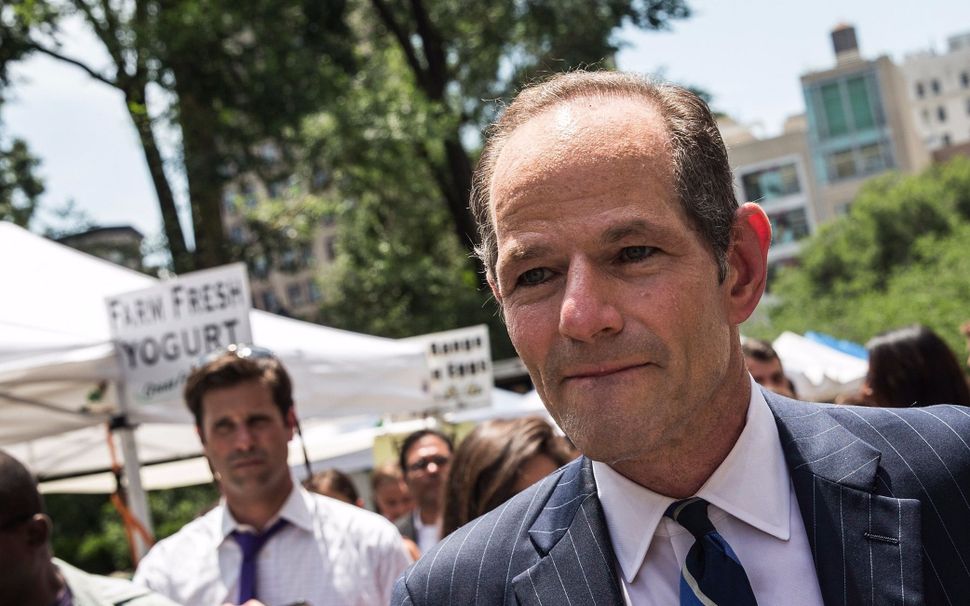 Disgraced ex-New York Gov. Eliot Spitzer is reportedly under police investigation for allegedly choking a woman at a $1,000=a-night room at a posh Manhattan hotel.

Several news outlets said police are looking into claims the former politician and CNN host assaulted Svetlana Travis, a Russian woman in her 20s, at the Plaza on Central Park South.

Lisa Linden, a spokeswoman for Spitzer, denied the claim. “There is no truth to the allegation,” she told the network.

Travis, 25, who described herself as Spitzer’s girlfriend, called 911 on Saturday night to say she was having a breakdown, sources told the New York Post.

She was taken to a hospital where she told staffers that Spitzer had choked her. But she later changed her story and refused to cooperate with police, the paper reported.

Spitzer, 56, resigned from office in 2008 following revelations of his involvement in a prostitution ring in which he was famously identified as Client 9.

Spitzer became New York’s attorney general in 1998 and established himself as a crusader against what he saw as Wall Street abuse. He served as governor for a year.

He had a short-lived stint as host of a TV political show and in 2013, he mounted an unsuccessful comeback as New York City’s comptroller.

Spitzer’s ex-wife, Silda Wall, stood by him when he resigned, but they later broke up amid reports of another affair.