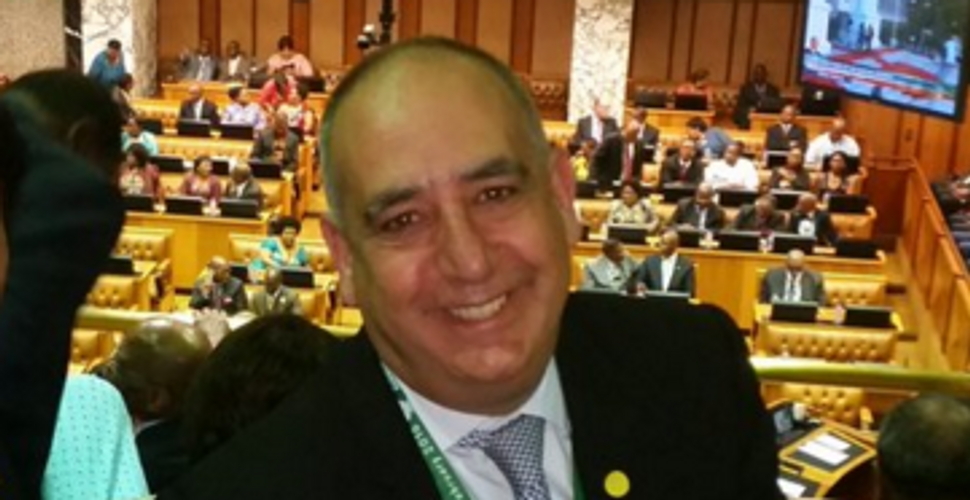 A Johannesburg conference dealing with the water crisis in South Africa was canceled due to criticism concerning the inclusion of Israel’s ambassador to South Africa.

The envoy, Arthur Lenk, was to be part of a panel at the conference scheduled for the end of February on “equitable and sustainable water management for poverty alleviation,” the Cape Times reported Tuesday. The conference was organized by the Mail and Guardian newspaper

“We are willing to share expertise to help South Africa with its drought problems,” said Michael Freeman, an Israeli Embassy spokesman. “We were looking forward to helping South Africa and any other country in the world that faces similar problems.”

BDS South Africa in a statement welcomed the cancellation, as well as the pledge by some of the sponsors and organizers that any future event would not include the Israeli ambassador.

The boycott movement also said it was pleased that “the rug has been pulled from the Israeli ambassador who will not be able to exploit our very serious water crises for his own cheap publicity and whitewashing of his regime. Israeli water technology is not unique or special; such technology is widely available through other more friendly countries.”

Lorenzo Fioramonti, a political economist at the University of Pretoria and director of the Centre for the Study of Governance Innovation who was due to speak at the conference, withdrew last week before the cancellation due to “an international academic boycott against Israel’s public officials.”

“There is enough evidence to show how Israel’s policies have taken water away from Palestinian communities,” he said. “Hiding this through a pseudo-technical debate about water technology would be unacceptable.”