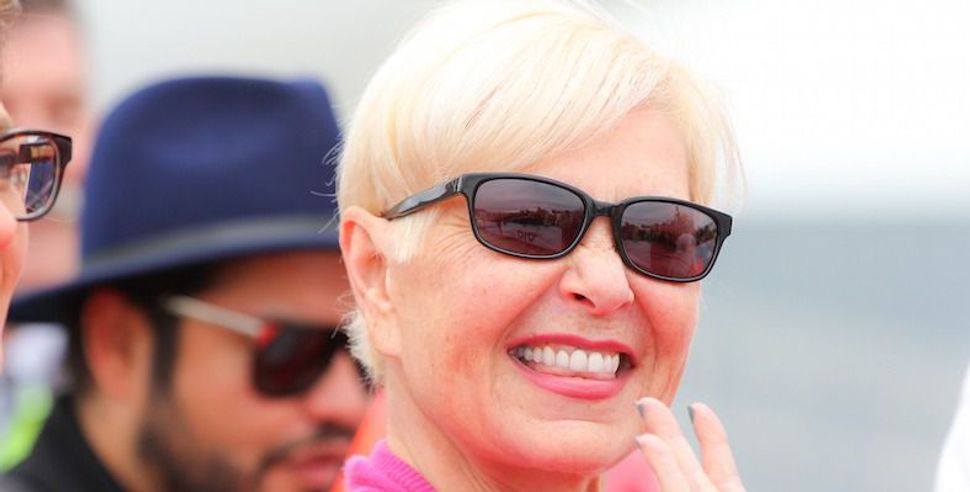 American Jewish comedian Roseanne Barr will participate in a March 28 conference in Jerusalem about fighting the Boycott, Divestment and Sanctions, or BDS, movement.

Barr was invited to the conference, which is sponsored by Israeli newspaper Yedioth Ahronoth, because of her involvement with the pro-Israel group StandWithUs, according to Ynet.

“I am proud to stand with Israel during the week of Purim,” Barr said Thursday, according to Ynet. “This is the holiday where Esther mobilized the Jewish community, and because of her strong and unifying stance, she succeeded in overturning the brutal decree to destroy us.

Barr, who starred in the long-running sitcom “Roseanne,” will tour the country for two weeks prior to the conference and will be accompanied by her mother.

The comedian, who frequently posts on Twitter, is an outspoken critic of the pro-Palestinian left and BDS. She has even called Jews who support BDS “anti-Semites” and recently retweeted a post from JTA’s partner website Jewniverse noting that the Bataclan, the Paris nightclub where at least 130 people were killed in a recent attack, was named for a 19th-century Jewish operetta.