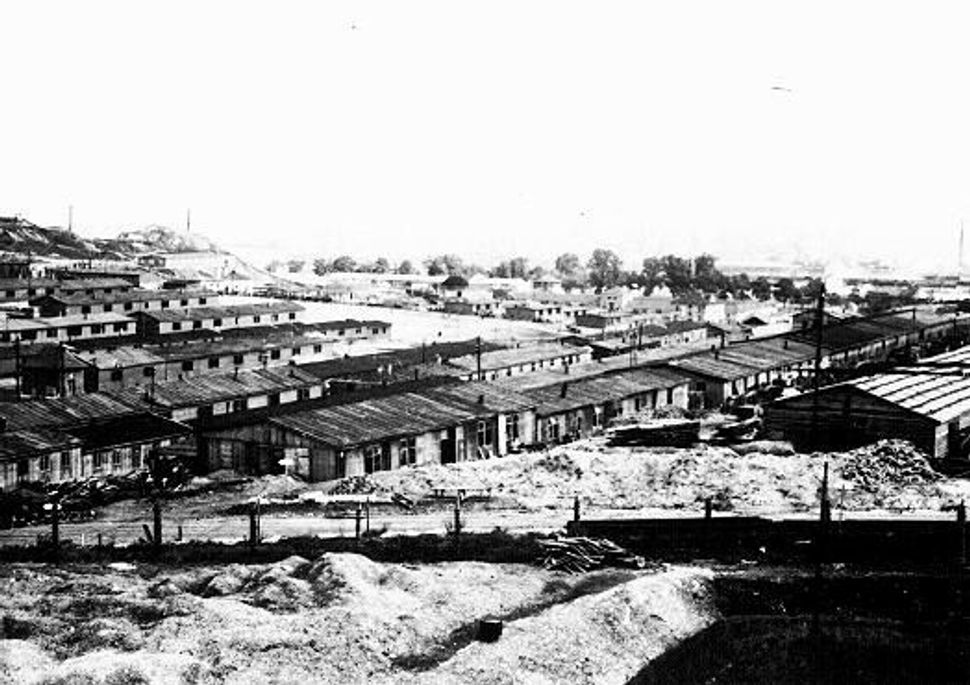 A construction crew unearthed bones at the site of the former Nazi concentration camp in Plaszow, near Krakow.

The workers were repairing a decades-old gas pipeline on the property last week adjacent to the former funeral home of a Jewish cemetery on which the camp was established during World War II.

The Jewish community of Krakow, which officially owns the property, was not informed of the plans to repair the pipeline, its president said.

“All the former Plaszow camp area is a cemetery,” Tadeusz Jakubowicz said in an interview with the Dziennik Polski newspaper. “Also, this area is listed on the register of national historic monuments.”

Krakow police are investigating the incident. Police spokesman Mariusz Ciarka told reporters on Tuesday that the bones were sent for forensic tests to determine if they are human.

Plaszow was erected on the grounds of two Jewish cemeteries. Its commander, Amon Goth, was known for his sadistic treatment of prisoners.