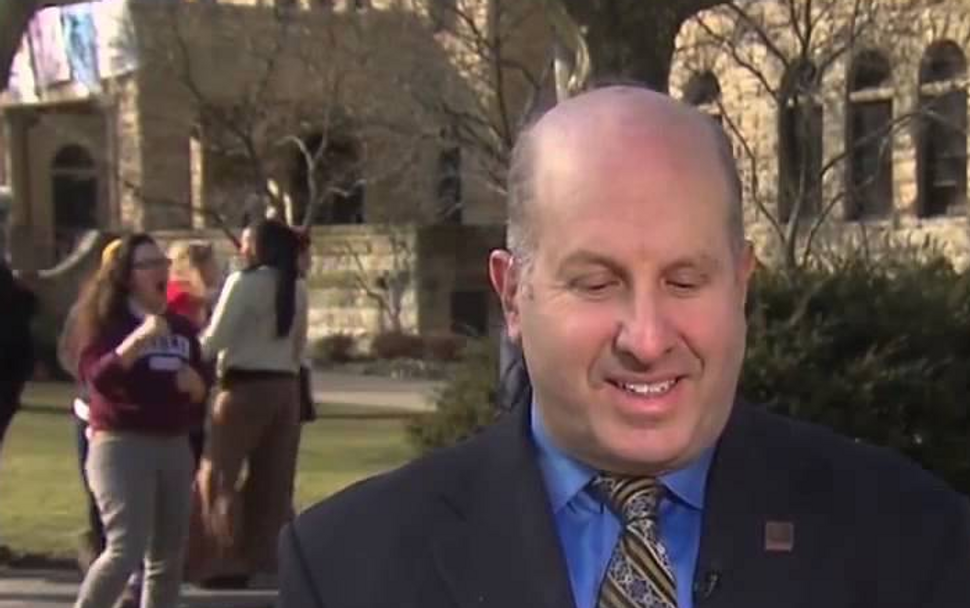 In a statement published Tuesday on an official college website, Marvin Krislov said the posts by assistant professor Joy Karega “affected me on a very personal level.”

Last week, after media reports that Karega had posted conspiracy theories about Jews and claimed that Israel was behind the Charlie Hebdo terrorist attacks in France, Krislov had issued a brief statement that the Ohio liberal arts college he helms “respects the right of its faculty, students, staff and alumni to express their personal views.”

That prompted emeritus Harvard Law professor Alan Dershowitz and others to criticize Oberlin for not condemning Karega or her statements.

Krislov wrote in the latest statement: “I am a practicing Jew, grandson of an Orthodox rabbi. Members of our family were murdered in the Holocaust. As someone who has studied history, I cannot comprehend how any person could or would question its existence, its horrors, and the evil which caused it. I feel the same way about anti-Semitic conspiracy theories. Regardless of the reason for spreading these materials, they cause pain for many people — members of our community and beyond.”

However, he continued, his parents “instilled in me a strong belief in academic freedom.”

“This freedom enables Oberlin’s faculty and students to think deeply about and to engage in frank, open discussion of ideas that some may find deeply offensive … Our community will address the issues raised in this situation by honoring the essence of liberal arts education at Oberlin by interrogating assertions with facts and deep, critical thinking from multiple viewpoints.”

Karega, an assistant professor of rhetoric and composition, took down her Facebook posts and Twitter account after The Tower published an article last week about them illustrated with screenshots. The posts included comments accusing Israel and “Rothschild-led bankers” of responsibility for downing a Malaysian airliner over Ukraine in 2014. She also posted a graphic of Jacob Rothschild, a member of the prominent Jewish banking family, with a caption reading: “We own your news. The media. Your oil. And your government.”

On Wednesday, the Tower followed up with an article about other controversial ideas that Karega, who is African-American, has espoused on her Facebook page, including that certain people are deliberately engineering weather disasters, as well as an article she uncritically posted claiming that the 2014 ALS Ice Bucket Challenge was a scheme to “foster White American, racist solidarity in a period of permanent crisis.”

Oberlin has drawn attention in recent months for what some alumni claim is a culture of tolerance for anti-Semitism. More than 250 alumni have signed an open letter to Krislov voicing concern about this and mentioning several incidents at the school, including the expulsion of the Kosher Halal co-op from the Oberlin Student Cooperation Association and a protest against Israel on Rosh Hashanah that Jewish students had to pass through on their way to holiday services.

Some Jewish student leaders criticized the letter in an Op-Ed published in the Cleveland Jewish News last week, saying it “lack(ed) a nuanced understanding of the complex dynamics on Oberlin’s campus” and expressing concern that “there was virtually no student involvement or input on the letter’s contents.”

The school also garnered headlines in December when African-American student activists issued a 14-page list of demands to Krislov, including that the school divest from companies doing business with Israel. The document also demanded that Krislov guarantee tenure “upon review” for Karega and seven other African-American tenure-track faculty members.