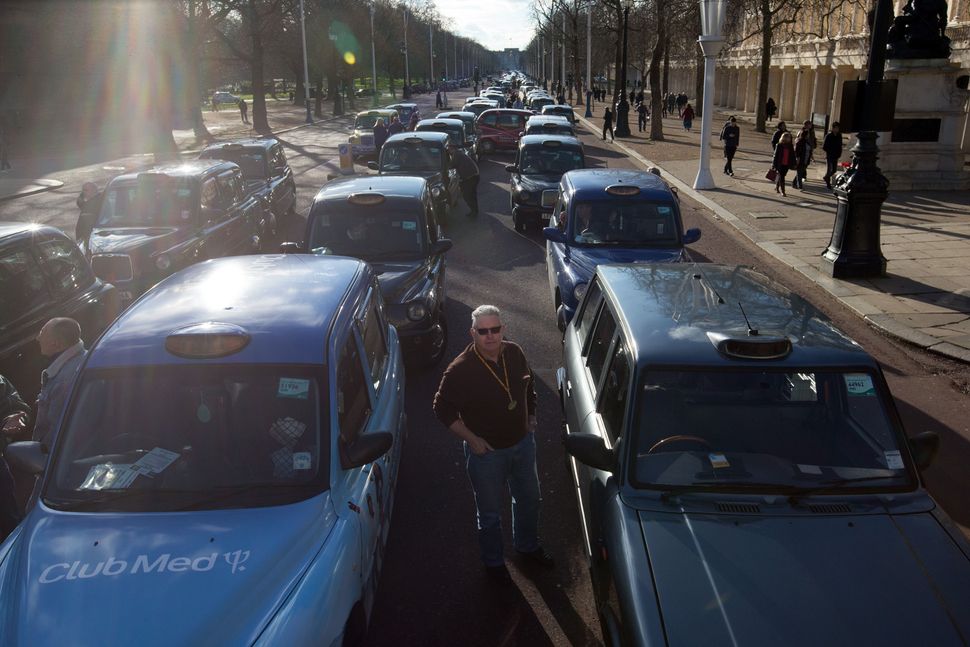 An Uber driver who shouted anti-Semitic epithets at a bus driver in a haredi Orthodox neighborhood of London received a suspended prison sentence.

Rashal Miah, 36, shouted that he would “kill all the Jews” after getting stuck in traffic in Stamford Hill, a haredi Orthodox neighborhood of London, in September, 2014. He also called the driver a “yehudi” and asked him, “What right do you have to tell me what to do in this country?”

On Sunday, Miah was given a suspended sentence of 26 weeks for the incident and another two weeks for arriving late to court, according to the Jewish News website. He was also required to attend an anger management course and perform 100 hours of volunteer service.

Uber told the London-based Jewish Chronicle that the company had banned Miah. The company said in a statement: “Uber does not tolerate discrimination or harassment of any kind and we were appalled to hear about this incident. Following our own investigations and today’s conviction, we have taken the decision to stop this licensed private hire driver from using the Uber app.”