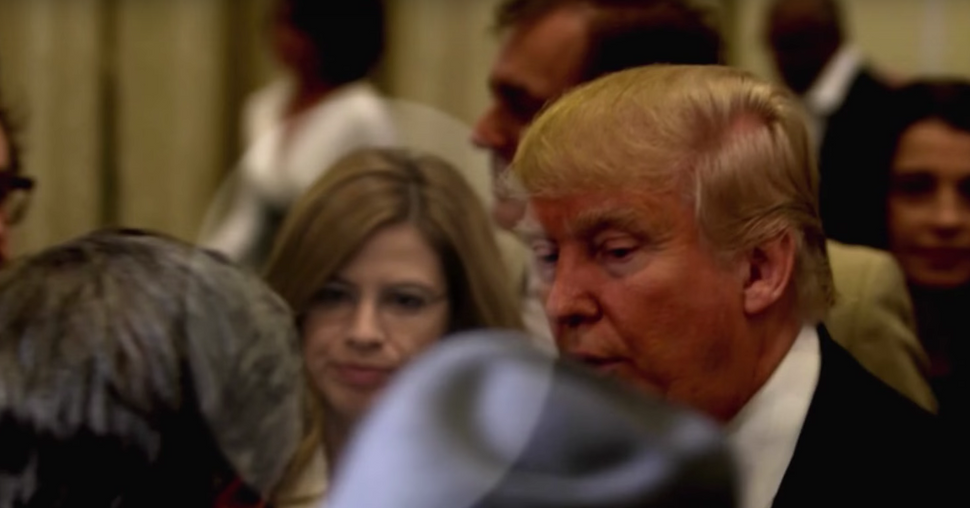 The Breitbart News reporter who accused Donald Trump’s campaign manager of roughing her up has resigned.

Michelle Fields, along with editor-at-large Ben Shapiro, handed in their resignations Sunday night.

Fields has accused the management of the conservative news agency, which was founded by the late Jewish publisher Andrew Breitbart, of casting doubt on her allegations.

“Today I informed the management at Breitbart News of my immediate resignation. I do not believe Breitbart News has adequately stood by me during the events of the past week and because of that I believe it is now best for us to part ways,”

The runaway Republican frontrunner has denied Fields’ allegations that his campaign boss, Corey Lewandowski violently grabbed her arm and bruised it as she tried to question him.

“This was, in my opinion, made up,” Trump told CNN. ”Perhaps she made the story up. I think that’s what happened.’”

Fields has filed assault charges against Lewandowski, who has called her “delusional.”

Breitbart ran a story questioning whether Fields misidentified who grabbed her.

“Meanwhile, Breitbart News not only stood by and did nothing outside of tepidly asking for an apology, they then attempted to abandon Michelle by silencing staff from tweeting or talking about the issue. Finally, in the ultimate indignity, they undermined Michelle completely by running a poorly-evidenced conspiracy theory as their lead story in which Michelle and Terris had somehow misidentified Lewandowski.”

Breitbart management has not commented.