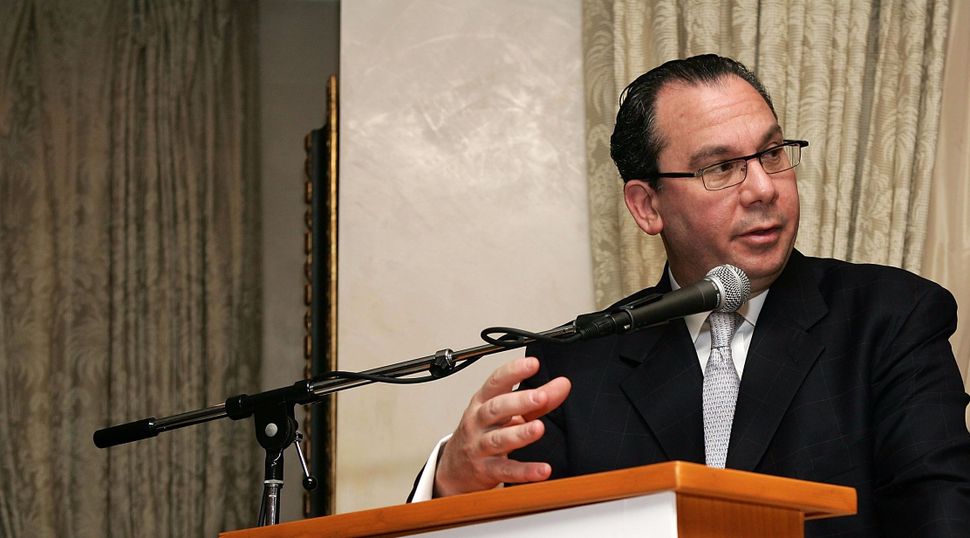 A day earlier, the Gulf Cooperation Council, a six-state body composed of Bahrain and its neighbors, had adopted a Bahraini-sponsored resolution declaring Hezbollah, the Lebanese militant group committed to Israel’s destruction, a terrorist organization.

Schneier heads the glitzy Hampton Synagogue and runs the Foundation for Ethnic Understanding, which advances Jewish-Muslim relations. He has met with Hamad and other Arab leaders multiple times.

Last week, he sat down with JTA to talk about the GCC resolution, relations between Israel and the Gulf, and what it’s like to meet with repressive regimes. The conversation has been condensed and edited for clarity.

JTA: Why did Hamad push to declare Hezbollah a terrorist organization?

He very much looks to Israel as being that protective force in the Middle East. My concern is for the safety and security of the state of Israel, and to have Arab countries openly attack one of Israel’s most treacherous enemies is something.

You’ve now reached a point where, [for] the members of the GCC, there’s a much greater issue that transcends the Israeli-Palestinian conflict.

Do you feel comfortable meeting with the king of a country that has such a poor human rights record?

Even Bahrain has a Jewish community. The king has offered several times to build a new synagogue. When I go to Bahrain, I feel very much at home as a Jew, as a rabbi. It’s a country, it’s a kingdom, that’s committed to religious diversity.

Do you think the Gulf states are ready for real relations with Israel? How should Israel reach out to them?

I think the prime minister [Israel’s Benjamin Netanyahu] should take a page out of [former Egyptian President Anwar] Sadat’s playbook and go to Riyadh, make those kinds of overtures. The Saudis put forth a peace plan. Has Israel ever responded to it? The answer is no.

[The 2002 Arab Peace Initiative offers full relations between Israel and the Arab world in exchange for a withdrawal from territories Israel captured in 1967 and an agreed-upon resolution of the Palestinian refugee issue. Israeli officials have rejected the initiative several times, but Israel has never issued an official response.]

Netanyahu and others have spoken about shared opposition to Iran drawing Israel and Sunni Arab countries together. Do you think that’s possible?

I don’t see Iran as an obstacle. I see it as an opportunity to forge new relations, open relations with the members of the GCC.

The Jewish world is so preoccupied with how Europe is going to label [settlement-made products]. And here in your own backyard [are] six of the most prestigious, prominent Arab countries. We’re very blessed that we live at a time when Israel needs the Gulf states, the Gulf states need Israel.