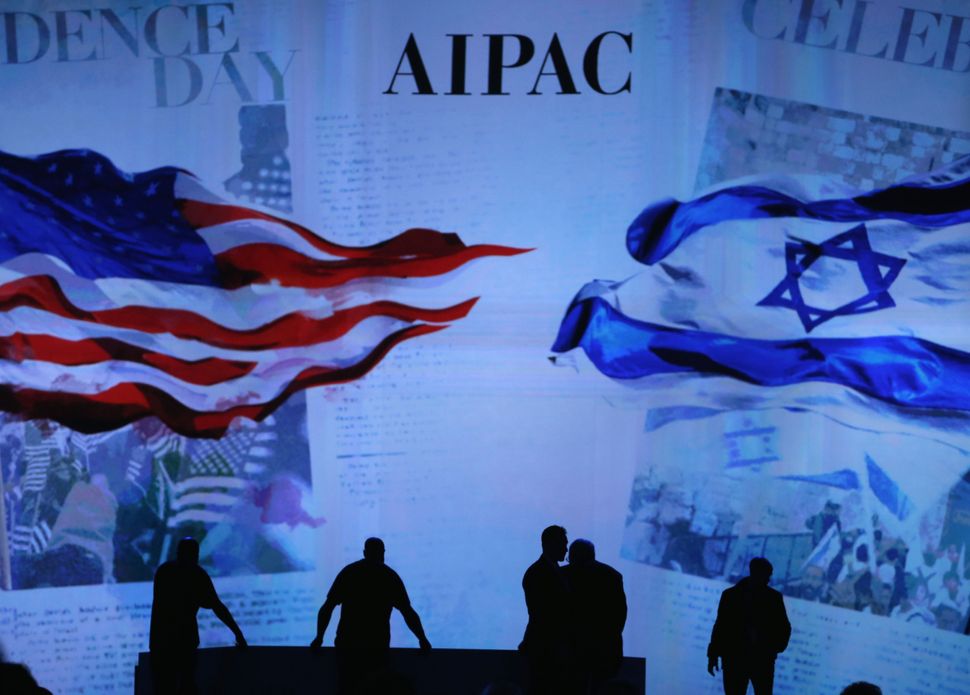 Washington – Recovering from a tough fight over the Iranian nuclear deal, the American Israel Public Affairs Committee was hoping for a policy conference that would mend fences, heal wounds, and bridge the political chasm the Iran debate created within the Jewish community.

“Come Together,” reads the slogan for this year’s AIPAC policy conference, opening in Washington on March 20. With a record number of 18,000 participants registered, all seemed in place for sending a clear message: AIPAC survived the Iran challenge, and is reclaiming the bipartisan mantle.

But then the pro-Israel lobby invited Donald Trump to speak, triggering a firestorm in the Jewish community. Some activists said they understood, despite their own unease, why AIPAC had to invite the Republican presidential nominee presumptive, while others began to organize protests and boycotts of Trump’s speech.

“We have to take a moral position,” said Rabbi Mordechai Liebling, director of the Reconstructionist movement’s Tikkun Olam commission. The movement has called on AIPAC to rescind its invitation to Trump, and if they can’t do that, to denounce his policy toward Muslims and his racist statements. “When they have such a high-profile event and when they invite him to speak, they’re ipso facto giving him legitimacy,” Liebling said.

Pointing to its long-standing tradition of inviting all viable presidential candidates to speak at its conference on election years, AIPAC argued there was nothing unusual about inviting Trump to address its members.

“This provides our community with an extraordinary opportunity to hear, directly and on-the-record, the positions of the presidential candidates on the U.S.-Israel relationship,” an AIPAC spokesperson said.

The Reform Movement said it “respects completely” AIPAC’s decision to invite Trump, but rejected his rhetoric. “At every turn, Mr. Trump has chosen to take the low road, sowing seeds of hatred and division in our body politic,” the group said, adding an unspecified promise to “find an appropriate and powerful way to make our voices heard.”

The Reform movement’s Religious Action Center’s director Rabbi Jonah Pesner sent a letter to Trump on March 18, asking to meet with him and discuss “issues of significant concern” that have surfaced in his campaign. The letter specifies comments Trump has made about Mexican immigrants, women, Jews, Muslims, and his comments on violence. The group also issued a “resource guide” for synagogues and members on ways to discuss these issues.

Ameinu, a progressive Zionist organization which is a member, as are most other Jewish groups, of AIPAC’s National Council, called on the lobby to clearly denounce Trump’s views. The group called on other Jewish organizations and participants at the AIPAC conference to “raise a collective voice of Jewish outrage and make an unequivocal denunciation of Donald Trump’s bigotry.” Trump’s invitation to AIPAC, Ameinu added in a statement “gives our community a chance to make this point loud and clear. It is a chance we cannot miss.”

Two rabbis, David Paskin from Florida, and New Jersey’s Jesse Olitzky have called on participants to protest Trump’s speech “peacefully and respectfully” and will be handing out stickers and flyers to AIPAC delegates before the speech.

Another group IfNotNow, plans to bring hundreds of protestors to rally outside the Verizon Center, which will host AIPAC’s conference.

Not all of the groups that have made public their displeasure with Trump’s planned speech are members of the Jewish left. Thirty-one Orthodox rabbis disseminated an open letter to Trump the Friday afternoon before the conference, calling on him to “categorically repudiate racism” and “denounce the language of hatred and xenophobia.” The group included such establishment figures as Rabbi Mark Dratch, an executive vice president of mainstream Orthodoxy’s leading umbrella group, the Rabbinical Council of America, and Rabbi Simcha Krauss, who heads an international rabbinic court.

Michael Cohen, Trump’s closest Jewish associate responded forcefully on Twitter to the rabbis and Jewish activists preparing to protest the speech. “Anyone who believes that @realDonaldTrump is a racist doesn’t know #Trump at all,” Cohen, the Trump Organization’s executive vice president and Trump’s special counsel, tweeted Thursday night. “Shame on the protesting rabbis with #AIPAC.”

AIPAC has a strict policy of discouraging its delegates from disrupting guest speakers and the issue is likely to come up at the beginning of conference before politicians take the stage. Vice President Joe Biden will also address the conference, on Sunday evening.

One notable absence will be Bernie Sanders, the Jewish Vermont Senator still trying to upset Clinton’s run for the party’s nomination. Sanders initially offered to speak to participants via video, but organizers did not allow candidates to address the conference remotely, and so in a letter to AIPAC president Robert Cohen, he offered to send over his prepared remarks.

“Obviously, issues impacting Israel and the Middle East are of the utmost importance to me, to our country and to the world,” Sanders wrote.

Sanders’ comments on the need for America to “level the playing field” in its approach to the Israeli – Palestinian conflict have caused some unease among pro-Israel activists, who would prefer him to adopt a policy of preferring Israel in negotiations.

Israeli Prime Minister Benjamin Netanyahu will address the conference via satellite on Tuesday morning, just before delegates head to their lobbying meetings on Capitol Hill. Netanyahu had initially planned to attend in person, but after learning President Obama will be out of the country on a history visit to Cuba and after turning down the White House’s suggestion of an earlier date for the meeting, he decided not to travel to Washington for the gathering.