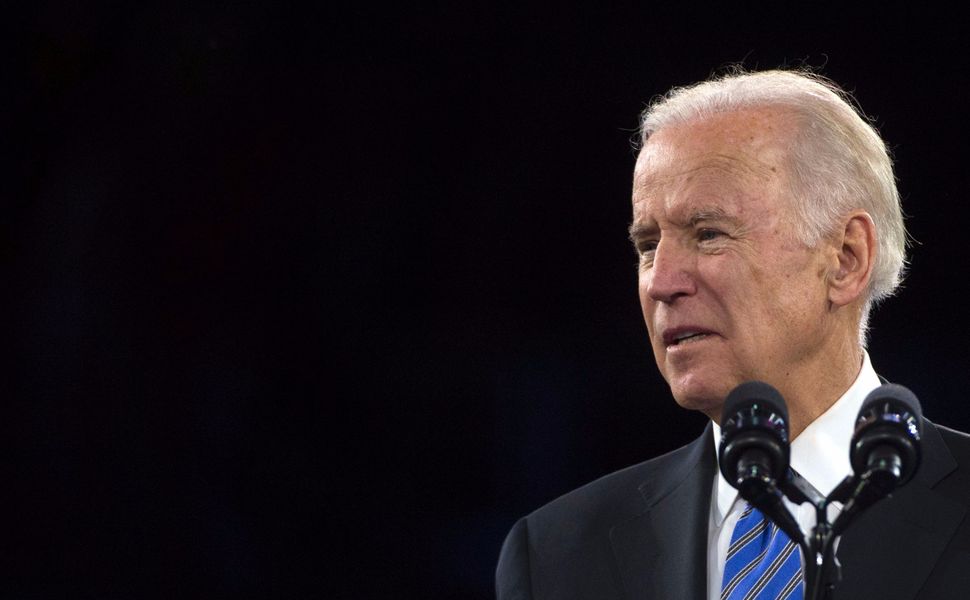 WASHINGTON — Vice President Joe Biden called on Israel’s government on Sunday to demonstrate its commitment to a two-state solution to end the conflict with the Palestinians and said settlement expansion is weakening prospects for peace.

“Israel’s government’s steady and systematic process of expanding settlements, legalizing outposts, seizing land, is eroding in my view the prospect of a two-state solution,” Biden said in a speech to the American Israel Public Affairs Committee (AIPAC), a leading pro-Israel lobbying group.

Biden said he did not agree with Israel Prime Minister Benjamin Netanyahu’s government that expanded settlements would not interfere with any effort to settle the conflict.

“Bibi (Netanyahu) thinks it can be accommodated, and I believe he believes it. I don’t,” Biden said.

Biden said the region instead seems to be moving toward a one-state solution, which he termed dangerous.

“There is no political will at this moment among Israelis or Palestinians to move forward with serious negotiations. And that’s incredibly disappointing,” Biden said.

Israel says it intends to keep large settlement blocs in any future peace agreement with the Palestinians. Palestinians, who seek to establish a state in the West Bank and Gaza Strip, say they fear Israeli settlement expansion will deny them a viable country.

“There is no political will at this moment among Israelis or Palestinians to move forward with serious negotiations. And that’s incredibly disappointing.”

Palestinians have cited Israeli settlement activity as one of the factors behind the collapse of U.S.-brokered peace talks in 2014, and a surge of violence over the past five months has dimmed hopes negotiations could be revived any time soon.

“We’ve stressed to both parties the need to take meaningful steps to demonstrate their commitment to a two-state solution that extends beyond mere words,” Biden said.

“There’s got to be a little ‘show-me.’ This cannot continue to erode,” he said.

Biden was cheered for criticizing what he called Palestinian actions at the United Nations to undermine Israel, and he said changes in the region, including the united fight against Islamic State militants, could help thaw relations between Israel and its neighbors.

Israel and the United States are also in talks on a generous military assistance agreement, he said.

“It will, without a doubt, be the most generous security assistance package in the history of the United States,” Biden said of a pact expected to be worth billions of dollars annually to the Jewish state, the largest recipient of such U.S. assistance. — Reuters