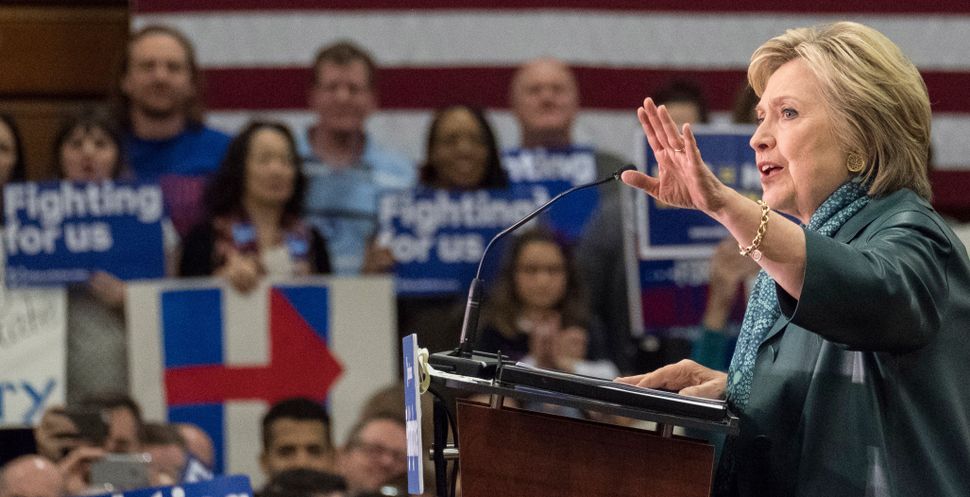 His opposition, former Secretary of State Hillary Clinton, won in the Arizona primary. The primary and caucuses were held on Tuesday.

“I am enormously grateful to the people of Utah and Idaho for the tremendous voter turnouts that gave us victories with extremely large margins. The impressive numbers of young people and working-class people who participated in the process are exactly what the political revolution is all about. These decisive victories in Idaho and Utah give me confidence that we will continue to win major victories in the coming contests,” Sanders said in a statement.

Voters in Alaska, Hawaii and Washington will cast their primary ballots on Saturday.

WASHINGTON – Republican presidential front-runner Donald Trump swept to victory in Arizona on Tuesday but rival Ted Cruz showed some fight with a win in Utah that gave hope to establishment Republicans who fear Trump would lead the party to ruin in the presidential election.

On the Democratic side, favorite Hillary Clinton routed challenger Bernie Sanders in Arizona to stretch her advantage in the race for her party’s presidential nomination.

Sanders, however, won contests in Utah and Idaho to bolster his case that he still has a chance despite Clinton’s big lead.

The nominating battles in Arizona and Utah, plus the Democratic contest in Idaho, were overshadowed by attacks in Brussels in which at least 30 people were killed and raised security concerns among U.S. voters.

Trump helped himself in Arizona with a hardline anti-immigration message and tough talk on Islamic militants to easily defeat Cruz, a U.S. senator from Texas, and Ohio Governor John Kasich.

Trump had the backing in Arizona of Maricopa County Sheriff Joe Arpaio, one of the most prominent supporters of a crackdown on illegal immigrants.

The win furthered Trump’s argument that he will eventually win the Republican presidential nomination and that the party should rally around him. He won all of Arizona’s 58 delegates.

“Much bigger win than anticipated in Arizona. Thank you, I will never forget!” Trump said on Twitter. “Hopefully the Republican Party can come together and have a big WIN in November, paving the way for many great Supreme Court Justices!”

Cruz, though, won big in Utah’s caucuses, giving hope to those Republicans who fear Trump’s proposal to deport 11 million illegal immigrants and build a wall on the U.S. border with Mexico would guarantee a Democratic victory in the Nov. 8 election.

Cruz appeared to be on track to win all of Utah’s 40 Republican delegates. Since the state’s 40 delegates are awarded proportionate to the popular vote, he needed to win at least 50 percent of the vote to take all the delegates.

He appeared to benefit from Mormons who dominate the Republican vote in Utah. They did not take kindly to a Trump attack on native son Mitt Romney, the 2012 Republican nominee who has led the anti-Trump opposition.

Trump had questioned whether Romney, an elder in the Mormon church, was really a Mormon.

“Trump’s poor showing in Utah is a reminder that while many love his glib comments, those remarks can also have a downside. Questioning Mitt Romney’s faith is something that was sure to backfire in Utah,” said David Yepsen, director of the Paul Simon Public Policy Institute at Southern Illinois University.

Clinton seized on the Brussels attacks to argue that neither Trump nor Cruz can be trusted to lead the fight against Islamic State militants.

“This is a time for America to lead, not cower,” Clinton told supporters in Seattle in a victory speech.

Sanders said his Utah and Idaho victories were powered by young people and working-class Americans who support his “political revolution.”

“These decisive victories in Idaho and Utah give me confidence that we will continue to win major victories in the coming contests,” he said.

Trump is trying to beat back efforts to deny him the nomination. His opponents want to stop him from securing the 1,237 delegates needed ahead of the July convention. Trump now has 678 delegates.

“I think it is going to be very hard for them to do,” Trump said on CNN of any effort to deny him the nomination if he falls short. “I have millions of votes more than anybody.”

Sanders is looking for wins in many of the six Democratic contests this week. Alaska, Hawaii and Washington will vote on Saturday. Clinton will keep adding to her delegate total even if she is not the winner in a given state because Democratic delegates are awarded proportionally in all states.

Tuesday’s Republican contests were the first since U.S. Senator Marco Rubio of Florida dropped out a week ago after Trump drubbed him in his home state.

Kasich is the only other candidate still in the race, splitting the anti-Trump vote with Cruz. — Reuters