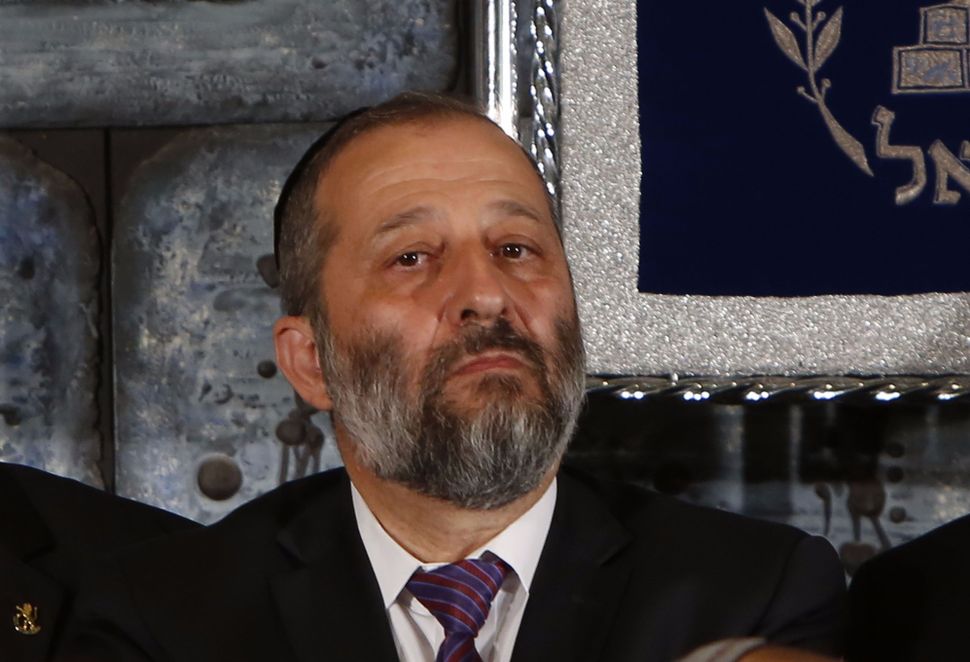 Shas party chairman Aryeh Deri was approved to serve as Israel’s interior minister more than two decades after resigning from the same position over corruption charges. Image by Getty Images

JERUSALEM (JTA) — Israeli Interior Minister Aryeh Deri has been named as one of two high-ranking Israeli politicians who are under investigation for suspected criminal behavior.

Deri identified himself on Tuesday night, and called on Attorney General Avichai Mandelblit to request a lifting of the gag order.

“I turned to the attorney general today and demanded that the gag order be lifted on anything related to me,” Deri tweeted. “I notified him that I will cooperate fully with investigators and answer every question they ask.”

He said in a news conference on Wednesday that the existence of new allegations against him was surprising to him.

Deri was appointed in January to serve in the current government as interior minister.

He had resigned from the same position in 1993 after being indicted on fraud and bribery charges and was sentenced in 2000 to three years in prison; Deri spent nearly two years in jail. Under his conviction for bribery, fraud and breach of trust, Deri was barred from public service in the political arena for seven years. He was reinstated as the Sephardic Orthodox Shas party chairman in 2013.

Deri currently enjoys the immunity that comes with serving as a Knesset lawmaker.