Two Jewish New York state assemblymen are calling for the “immediate suspension” of a pro-Palestinian student group from the City University of New York’s campuses — charging that members “stoke the flame of hatred and encourage violence against Jews.”

In a Tuesday letter to CUNY, Democrats Dov Hikind and David Weprin, demanded that Students for Justice in Palestine be suspended from campuses. Thirty-three other politicians — both Republican and Democrat — signed the letter, in which Hikind described SJP as promoting “hatred of Israel” and of “denying Jewish history and legitimacy.”

This comes weeks after the Zionist Organization of America, a far-right Israel advocacy group, sent the school’s chancellor a 14-page letter detailing Jewish students’ complaints of anti-Semitism at four of CUNY’s senior colleges — and holding SJP largely responsible for the hostile campus atmosphere.

The ZOA demanded the school launch an investigation into their allegations and SJP’s funding and conduct on campus.

And CUNY responded promptly, hiring two attorneys to gather testimony from students and faculty members involved in both SJP and Hillel, the largest Jewish organization in the country. Hikind praised CUNY’s response but called for faster action.

“We call for the immediate suspension of the Student for Justice of Palestine from City University of New York campuses, sending a clear and unequivocal message that hatred and bias have no home at CUNY,” Hikind wrote.

SJP’s New York City chair Nerdeen Kiswani told the Forward that the group does not discriminate against anyone “because of their ethnicity or religion.” “That goes against what we stand for,” Kiswani said. 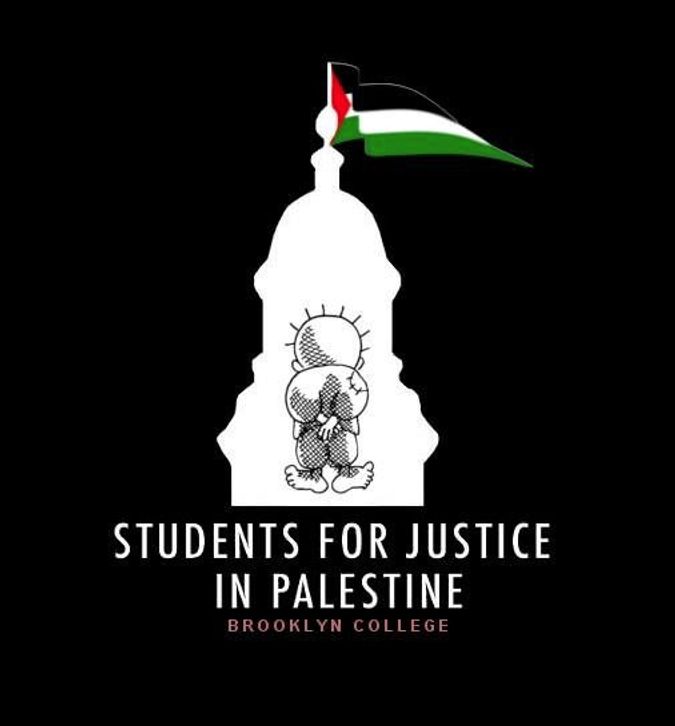 Brooklyn College’s SJP chapter has come under fire after allegations of anti-Semitism were made by the ZOA. Image by SJP Brooklyn

SJP has some 100 chapters across the country and has been active in the boycott, divestment and sanctions movement, or BDS. SJP, which has high profile Jewish members and supporters, has also collaborated with the left-leaning Jewish Voice for Peace.

In 2014, SJP was temporarily banned from Northeastern University after the school determined that group the broke university policy with a campaign that resulted in the intimidation of students. 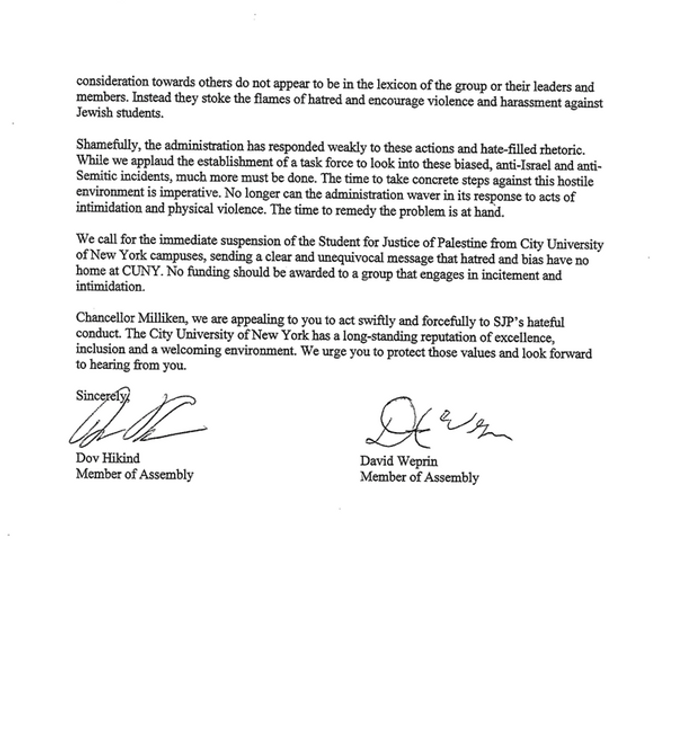