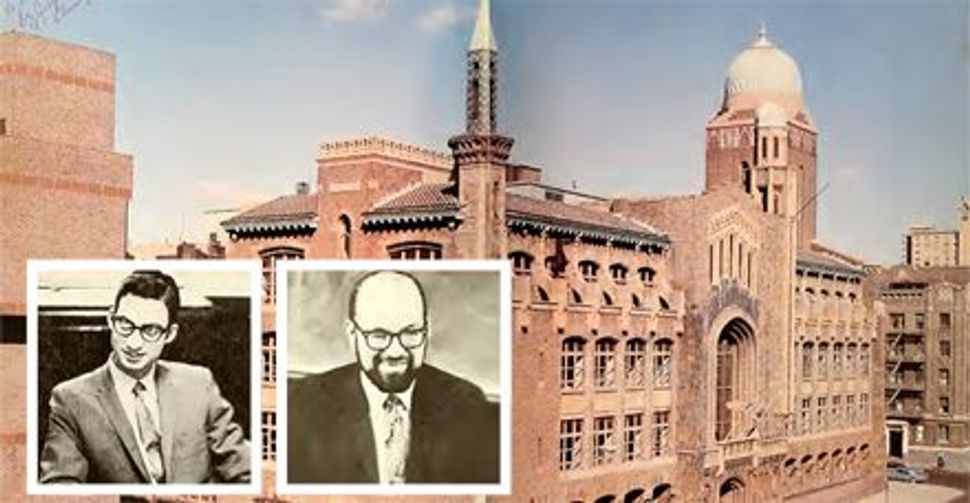 A shocking child sex scandal involving the alleged abuse of 34 students at New York’s Yeshiva University High School for Boys was back in the headlines this week, three years after The Forward first uncovered the story.

The Daily News highlighted how, because of state law, justice is out of reach for the former students, who say top administrators groped them — and far worse.

In New York, criminal and civil cases of child sexual abuse must be brought before a victim’s 23rd birthday. On Tuesday, The News, as The Forward did in January, called for an overhaul to the statute of limitations law. 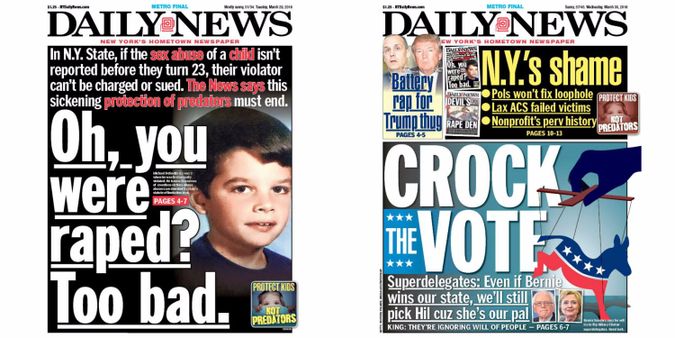 “New York is America’s most predator-friendly state,” the paper editorialized. “New York’s sex crime statutes of limitations are worse than inconsistent and illogical. They are the enabling legislation of monsters.”

The Forward echoed that sentiment in its January call to arms.

It cited both the Yeshiva case and another on roiling the Jewish-American diaspora: that of the alleged molestation of the Sara Kabakov, who wrote in The Forward that she was abused, starting at age 13, by former rabbi and spiritual guru Marc Gafni.

Kabakov was also barred from pressing her case by New York laws.

The Forward first reported the Yeshiva High alleged abuse and coverup in Dec. 2012. Included in the coverage was a first-person account by one man who accused Rabbi Macy Gordon, a former teacher, of sodomizing him.

“To those who knew or know Rabbi Gordon and respect him, shock and denial is a reasonable response; however, surely they know that this was the reaction in the cases of Jerry Sandusky and many Catholic clergy. It is that very veneer of respect that might enable some of these infamous pedophiles to commit serial crimes. If it were the janitor, he would be reported immediately,” he wrote.

Gordon and Rabbi George Finkelstein, the school principal, were later named in a $380 million lawsuit filed in 2013 by 19 students. The number of plaintiffs now stands at 34 and the damages sought have ballooned to $680 million.

A reform plan called the Child Victims Act would do away with the SOL law — but every time it is introduced it goes nowhere in the Senate. Gov. Andrew Cuomo remains mum on the proposal.

The Forward noted that two powerful lobbies are standing in the way: “In New York and across the country, the loudest and most powerful institution opposing the extension or elimination of SOLs is the Catholic Church. In New York, Agudath Israel of America, representing many of the state’s large numbers of ultra-Orthodox Jews, has pursued the unacceptable role of Church sidekick.”

“Do the right thing for victims, and for justice,” The Forward said in its editorial.