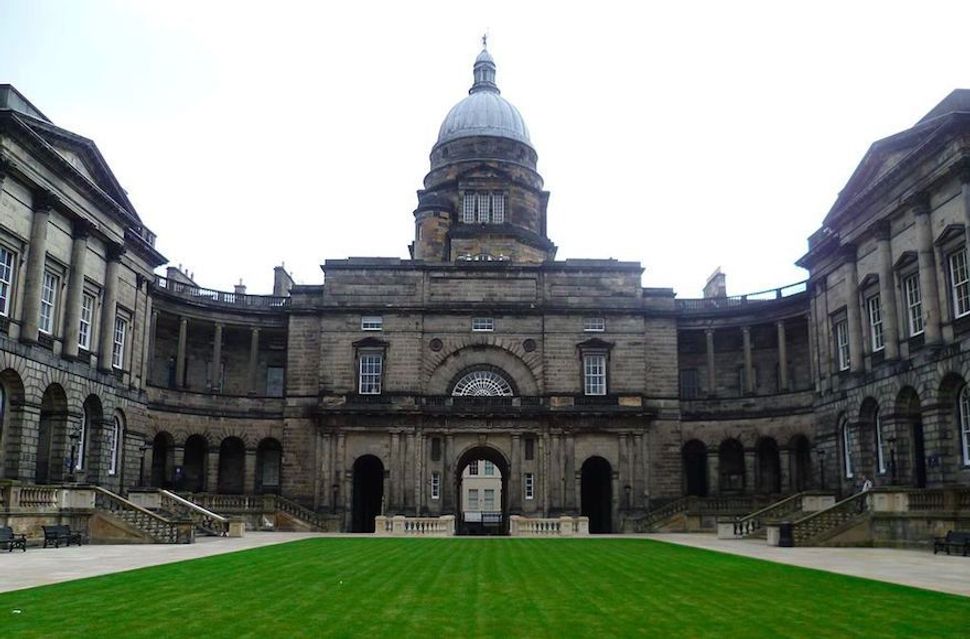 A Scottish college student was accused of violating “safe space” rules and told she risked being expelled from a meeting after she spoke out against the Boycott, Divestment and Sanctions against Israel movement.

Imogen Wilson, 22, the vice president for academic affairs at Edinburgh University Students’ Association, told Britain’s Telegraph she was accused of making “inappropriate hand gestures” when she disagreed with claims made about her at a student council meeting on BDS last week.

Student council meeting “safe space” rules bar “discriminatory language and actions” and, while one person is speaking, forbid other participants from making “hand gestures which denote disagreement” or “in any other way indicating disagreement with a point or points being made,” the Telegraph reported.

Wilson told the publication that the complaint against her came after she “made a long and passionate speech against us subscribing to [BDS], on the basis it encourages anti-Semitism on campus. It was only after I made that speech that someone made a safe space complaint. I can’t help but think it was a political move against me.

“Later on in the meeting, someone threatened me with a second complaint because I was shaking my head – but when I was addressing the room about my worries about Jewish students, there were plenty of people shaking their heads and nothing happened.”

After Wilson was accused of violating the safe space rules, the group voted on whether or not to allow her to stay at the meeting. While the group voted in her favor (33-18), Wilson said that soon after, another participant threatened to lodge a second complaint against her for shaking her head while someone was speaking.

“I totally do believe in safe space and the principles behind it,” she told the Telegraph. “It’s supposed to enhance free speech and not shut it down, and give everyone a chance to feel like they can contribute.”