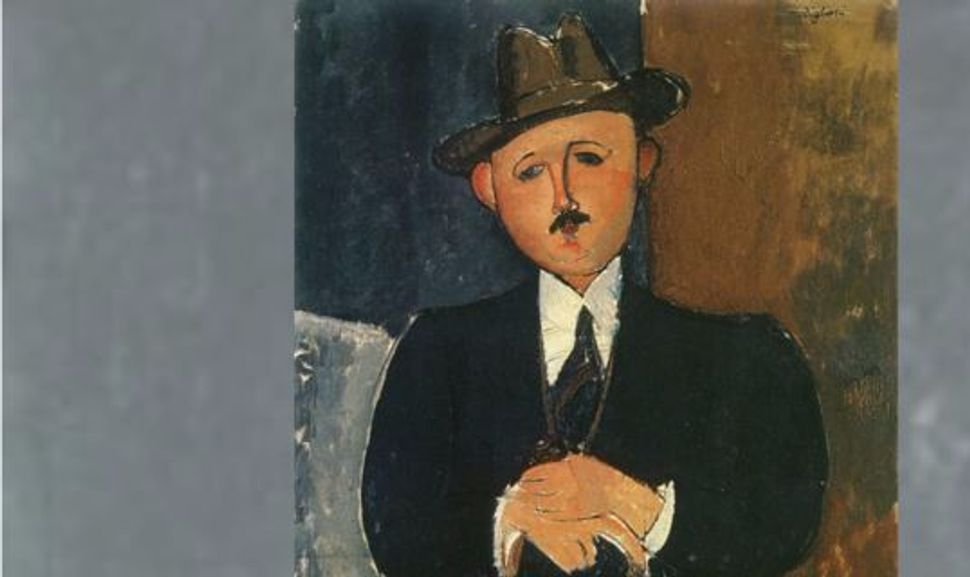 A Nazi-looted painting by Jewish artist Amedeo Modigliani has been sequestered where it is being held in storage in Geneva.

The ownership of the 1918 painting, “Seated Man with a Cane,” was disclosed earlier this month as part of the leak of the Panama Papers, some 11.5 million documents from Panama-based law firm Mossack Fonseca dealing with off-shore accounts that has caused scandals throughout the world.

The painting, which was discovered by investigators during a search on Friday at the Geneva Free Ports, a storage facility for art and other valuables, has been discovered to be owned by Jewish art dealer David Nahmad and his International Art Center, a company established by Mossack Fonseca.

The painting was stolen by the Nazis from the gallery of art dealer Oscar Stettiner, its original owner, who fled Paris in 1938 to escape the Nazis. The painting was auctioned off by the Nazis in 1944, according to Bloomberg. Stettiner , who filed a claim to the painting in 1946, died in 1948 before he could recoup the artwork.

His grandson, Philippe Maestracci, has been attempting to recover the painting through courts in the United States. He hired Mondex Corp., a Toronto-based art recovery firm, to locate the artwork in 2011.

The Nahmad family reportedly told a New York court that it did not own the painting.

The International Art Center acquired the painting in 1996 at an auction at Christie’s in London, paying $3.2 million for it. It was subsequently exhibited at the Helly Nahmad Gallery in New York in 2005, and later offered at auction at Sotheby’s, where it failed to sell, reportedly due to questions about its provenance.

Aaron Golub, a lawyer for David Nahmad and International Art Center, told Bloomberg that the painting’s provenance had been researched by Christie’s and he does not believe that Stettiner’s heir can prove it belonged to his family.

“There was then not a shred of evidence in any registry or any database that referred to this painting as being a Nazi looted painting,” he said.

Lawyers for Nahmad have said that because the painting is not in New York and the International Art Center is based in Panama, the case should not be allowed to proceed in a US court, The Guardian reported. The lawyers have made clear that the art center bought the painting in good faith at an auction.