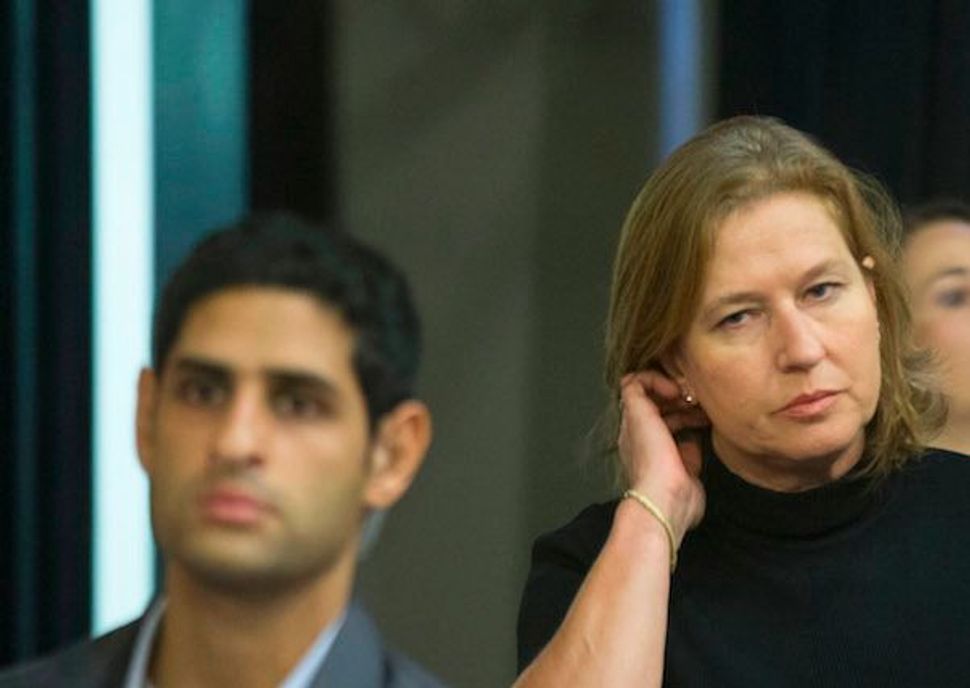 The head of a student group at Harvard Law School has apologized for asking Israeli lawmaker Tzipi Livni, “How is it that you are so smelly?”

The unidentified student posed the question during an April 14 panel event on the Israeli-Palestinian conflict involving Livni and American diplomat Dennis Ross.

The leaders of the school’s Jewish Law Students Association blasted the student’s question as “blatantly anti-Semitic rhetoric” that invoked the “antiquated and offensive notion of the ‘smelly Jew.’”

“A quick Internet search will show that the stereotype of ‘the Jew’ as ‘smelly’ or ‘dirty’ has been around since at least the 1800s,” the group’s leaders wrote in the Harvard Law Record. “The Nazis promoted the idea that Jews ‘smell’ to propagandize Jews as an inferior people.”

The student, identified only as a “president of a student organization on campus,” issued a lengthy apology on Wednesday.

“I would never, ever, ever call anyone, under any circumstances, a ‘smelly Jew,’” the student wrote. “Such a comment is utterly repugnant, and I am absolutely horrified that some readers have been led to believe that I would ever say such a thing. With regards to what I actually did say, I can see now, after speaking with the authors of this article and many other members of the Jewish community at HLS, how my words could have been interpreted as a reference to an anti-Semitic stereotype, one that I was entirely unaware of prior to the publication of this article. I want to be very clear that it was never my intention to invoke a hateful stereotype, but I recognize now that, regardless of my intention, words have power, and it troubles me deeply to know that I have caused some members of the Jewish community such pain with my words.”

“The comment was offensive and it violated the trust and respect we expect in our community,” she wrote. “Many perceive it as anti-Semitic, and no one would see it as appropriate.”

The president of the school’s Middle East Law Students Association also condemned the comment in the Harvard Law Record.

“I unequivocally and unwaveringly condemn the recent anti-Semitic remarks at Thursday’s event on the Israeli-Palestinian Conflict,” wrote Sahand Moarefy. “As the President of an organization dedicated to representing and serving students across the Middle East, including Israel, I deplore any attack on individuals based on their race, religion, or cultural heritage.”

Livni was visiting Boston as part of the fourth annual Knesset Mission, which is sponsored by the Ruderman Family Foundation and brings Israeli politicians to town hall meetings across the U.S.