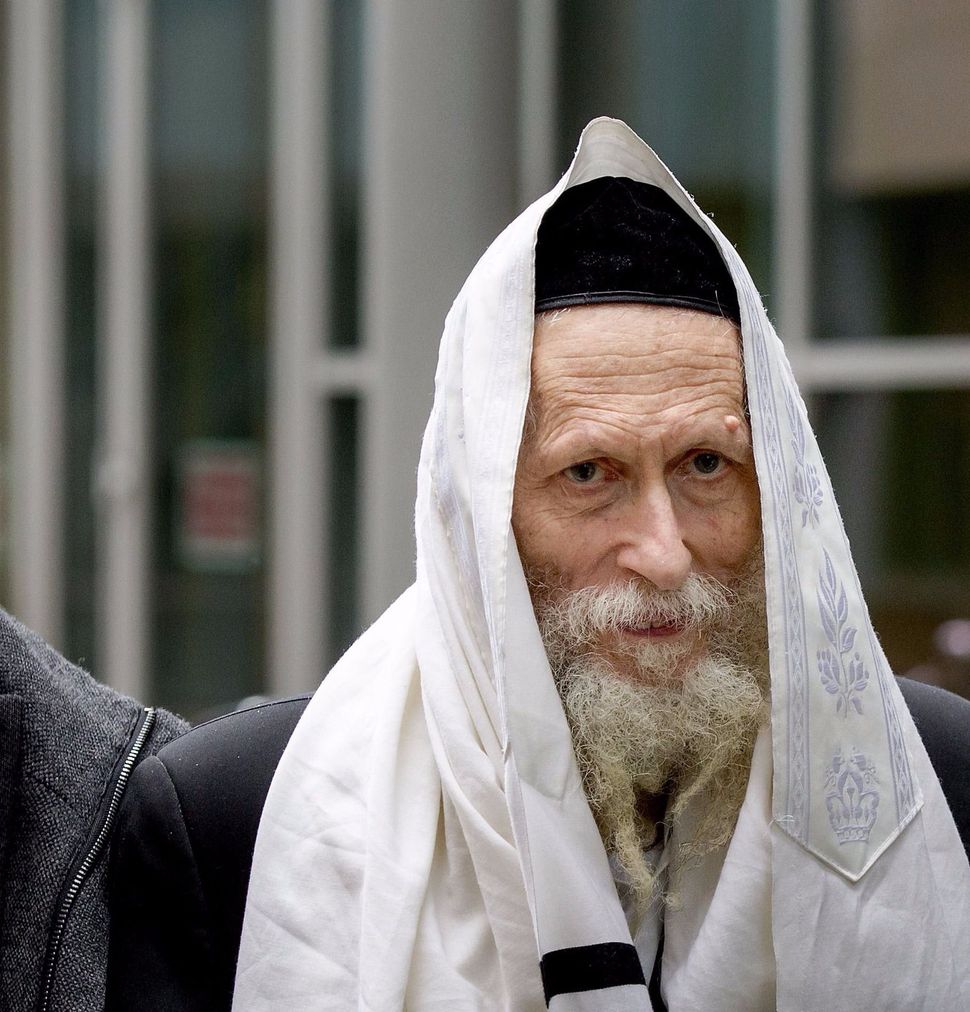 The attorney for Israeli Rabbi Eliezer Berland, a fugitive accused of serial sex crimes, closed his case at the rabbi’s bail hearing in the Randburg Magistrate’s Court on Tuesday, mounting an impassioned plea that the rabbi be given bail, especially since it is Passover.

Lawyer Themba Langa said the rabbi was a man of elevated spirituality and probity, and “in the normal course of events” would have returned to Israel to deal with the allegations of sexual assault made against him by followers.

“But,” said Langa, “I have been instructed by the rabbi that he needs certain guarantees before he can return to Israel. The Israeli state has moved against certain people. We all know the name Ariel Sharon, who was injected and put into a four-year [sic] coma. And the state has also targeted a Rabbi Pinto …”

Langa did not offer any further explanation. But it is understood he was referring to the late prime minister Sharon, who died of natural causes, and to Rabbi Yoshiyahu Yosef Pinto of Mosdot Shuva Israel, who last year was found guilty of bribery, attempted bribery, obstruction of justice and started his prison sentence on February 16.

Berland, 78, one of the leaders of the Bratslav Hasidic movement in Israel and considered a holy man by his followers, has been on the run since 2012 when allegations were made by female followers in Israel that he had variously raped or sexually harassed them. Berland has managed to live under the noses of authorities from Morocco to the Netherlands and Zimbabwe. In South Africa, prior to his arrest on April 7, he had been staying at hotels and golf estates. He is followed by about 40 families, to whom he is a spiritual guru.

The day’s business began with Langa saying that South African authorities had botched the extradition process by moving to a bail hearing before a proper inquiry was held into the charges brought against Berland. “This being the case,” said Langa, “keeping him in custody now is therefore irregular. And he should be released.”

Regional Magistrate Pravina Raghunandan, who had earlier in the morning called the legal teams to her chambers to let them know that she herself was “concerned” about whether the court had the authority to hold a bail hearing, clearly took offense at Langa introducing her concern as his own legal argument – and asked when he had discovered that the court process might be flawed and why he had not raised the matter before.

This dialogue descended into a shouting match, with Langa apparently losing his temper and Raghunandan telling him not “to point his fingers at the court, not to shout at the court and not to call the court incompetent.” The prosecutor, advocate Nerisha Naidoo, said the decision to hold a bail hearing urgently was as a result of submissions from Langa, who had said some weeks ago that it was “in the interests of justice” to hold a bail hearing for Berland.

Langa then closed his case, telling the court why Berland was not a flight risk. “The rabbi has hired lawyers, attended court, given a home address, surrendered to investigators, and never tried to avoid arrest,” said Langa.

“Moreover,” he continued, “he has an immense worldwide following of about 1.3-million people and is a wonderful spiritual healer. He has been incarcerated for 19 days. In addition, the allegations brought against him seem to have been of the sort that can be easily defended. Clearly some women were uncomfortable but these things happen and can be worked out.”

Naidoo countered that Berland’s Ivory Coast passport was a fake, his Israeli passport belonged to a deceased person, and his entry permit into South Africa had terminated in February; that Berland had repeatedly tried to mislead the court by claiming, for example, that he had applied for political asylum in South Africa, for which there was no proof; that the charges he faced in Israel were in fact serious ones; and that he had given as his permanent address in South Africa a property belonging to someone called Henry Kruger, who had allegedly been an “apartheid-era spy,” and chartered his plane to people who needed to cross borders with a minimum of fuss.

Naidoo said Berland’s situation in South Africa was the same as it had been in the Netherlands. There, she said, he had skipped the country, forfeiting his bail of 50,000 euros. “He could do the same here,” she said. Naidoo said Berland had no followers in Nablus, as claimed, nor was he targeted by Israel – he was merely a fugitive from justice.

Raghunandan then adjourned the proceedings until tomorrow morning – today is Freedom Day, a South African holiday – when she will decide whether Berland can be given bail or must remain in custody. She said that Berland should therefore prepare to go to Johannesburg Prison (known sarcastically as “Sun City” by locals) where he had spent the weekend, including the first three days of Passover.

At this point Langa leapt to his feet and said it was “completely unacceptable” that an “old man who has suffered so much” should be sent to prison where his food has been stolen and three of his followers had been locked up for three hours on Friday night.

Langa spoke for 20 minutes, continually repeating angrily that the state would have “a dead man on its hands” if Berland were returned to Sun City. Despite objections from the prosecution, Raghunandan acquiesced and ordered that Berland be housed in the Randburg police station for the next two nights.

As the judge was leaving the court, Berland surfaced from reading and said to the court that he actually wanted to return to Sun City. “I don’t care about food,” he said, “I want the single cell I have at Sun City so that I can study.”

There was pandemonium in the court and Langa stalked out. An aide of Berland’s, known as Natan, said: “We must do what he wants. We didn’t know that he would prefer to study rather than eat.”