Why Won’t Israel Release Video of Killing of Pregnant Palestinian and Her Brother? 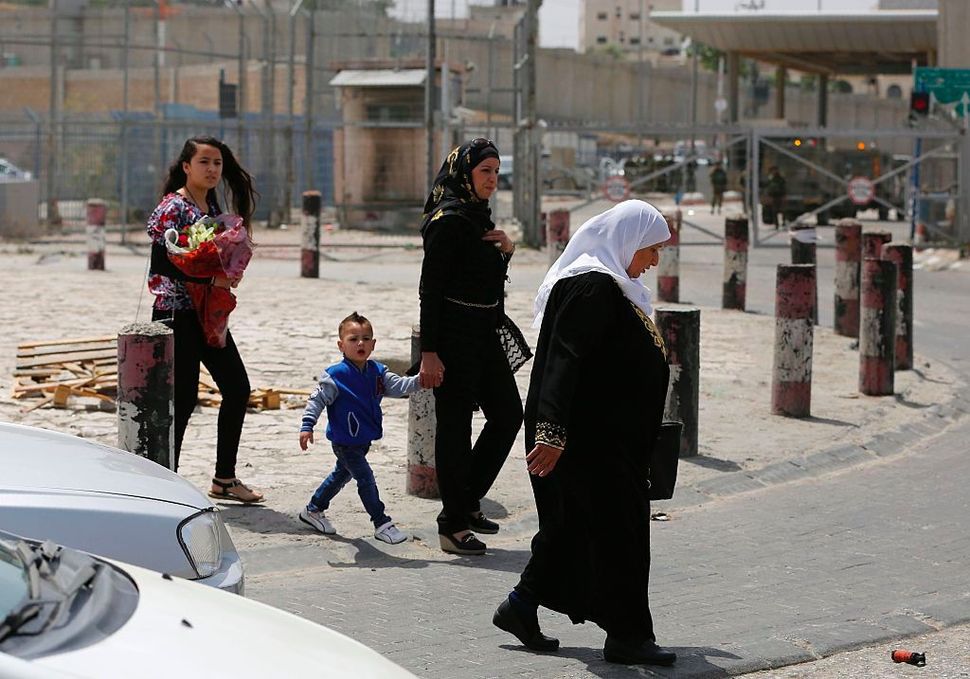 Israel Police have declined to release a video showing an attempted stabbing attack at a Jerusalem-area checkpoint, in the wake of an investigation that shows civilian security guards and not Border Police officers there shot and killed the alleged sibling attackers.

Maram Salih Hassan Abu Ismail, 23, and her brother Ibrahim Saleh Taha, 16, were shot and killed at the Qalandiya crossing north of Jerusalem on April 27 after Ismail allegedly threw a knife at the guards. A second knife was found on her brother. Ismail, the mother of two, was pregnant, the Palestinian Maan news agency reported.

The Justice Ministry’s Police Internal Investigations Department announced Sunday that an inquiry determined that the siblings were killed by civilian security guards and not Border Police officers. Private guards are often stationed at the major crossings between Israel and Palestinian areas to boost security.

Police said that the two acted suspicious and hid their hands as they walked towards the guards in the car lane, which is off-limits to pedestrians. The two ignored shouted orders to stop, according to police, and, when they got close to the guards, Ismail hurled her knife at one of the police officers, who was not injured. Police and security guards then opened fire on the siblings, killing them.

The sibling’s father, Salah Abu Ismail, 61, told the English-language news website The Times of Israel that his children were not carrying knives, did not intend to attack security personnel and had headed in the wrong direction when she arrived at the checkpoint, leading her and brother, who tried to steer her in the right direction, to be shot and killed. He called for the release of the security camera footage, saying it would show they were not carrying knives and that police planted them on their bodies later.

The siblings did not understand what the security forces were shouting at them in Hebrew when they called on them to stop, Palestinian bystanders told reporters.

Israel Police released photos of the two knives and a switchblade found on the boy last week following the incident.

The police say they cannot release the footage as it is part of an ongoing investigation, according to reports.

Israel has not yet released the bodies of the siblings to the family for burial.

Why Won’t Israel Release Video of Killing of Pregnant Palestinian and Her Brother?