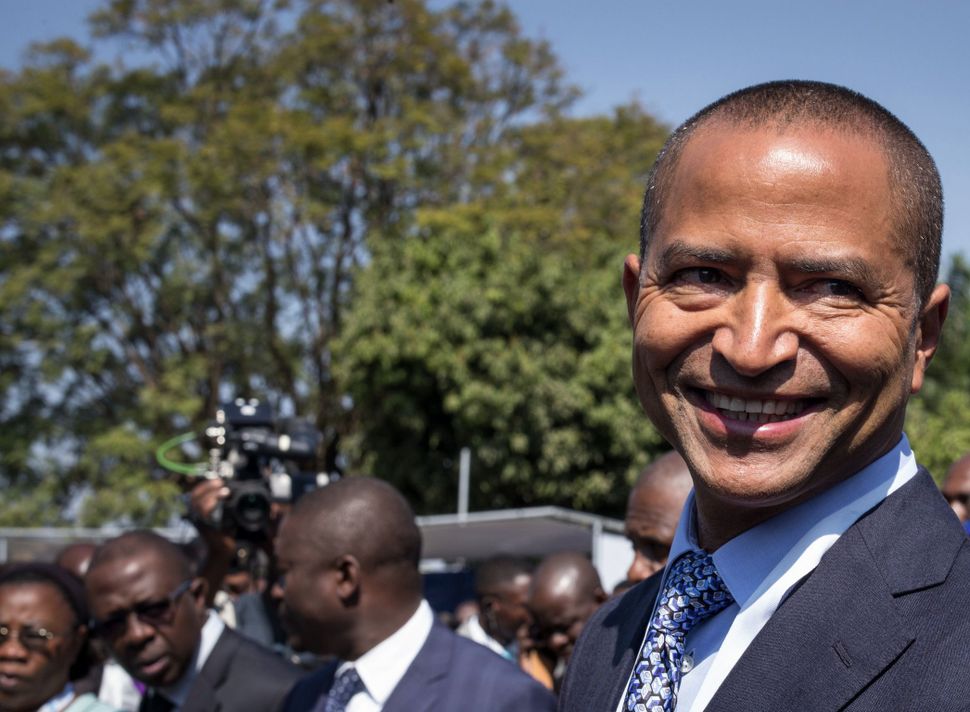 Democratic Republic of Congo’s justice minister ordered on Wednesday an investigation into the alleged recruitment of mercenaries by opposition leader and potential presidential candidate Moise Katumbi.

The move comes amid rising political tensions in Congo, where opponents of President Joseph Kabila accuse him of wanting to stay in power beyond the end of his mandate in 2016.

Elections are scheduled for November.

Katumbi governed Katanga, Congo’s southeastern copper mining heartland, from 2007 until last September when he quit Kabila’s ruling party, accusing it of plotting to keep the president in power beyond the country’s two-term limit.

“I just gave the instruction to the general prosecutor of the republic to open a judicial case against the former governor of the province of Katanga, Moise Katumbi,” Justice Minister Alexis Thambwe Mwamba told reporters in the capital Kinshasa.

The government “has proof of Moise Katumbi’s involvement in the recruitment of mercenaries, including several retired American soldiers,” he added.

A government spokesman said last week that four of Katumbi’s bodyguards had been arrested because they had not been authorized to work in Congo.

Katumbi was not immediately reachable for comment on Wednesday.

A multi-millionaire, Katumbi has been endorsed by opposition parties as their presidential candidate, though he has yet to say whether he plans to run.

More than 40 people were killed in violent protests in Congo in January 2015 over the issue of whether Kabila might try to stay in power beyond his term.

Since then, authorities have arrested dozens of critics of Kabila on what the United Nations and human rights groups say are trumped-up charges.