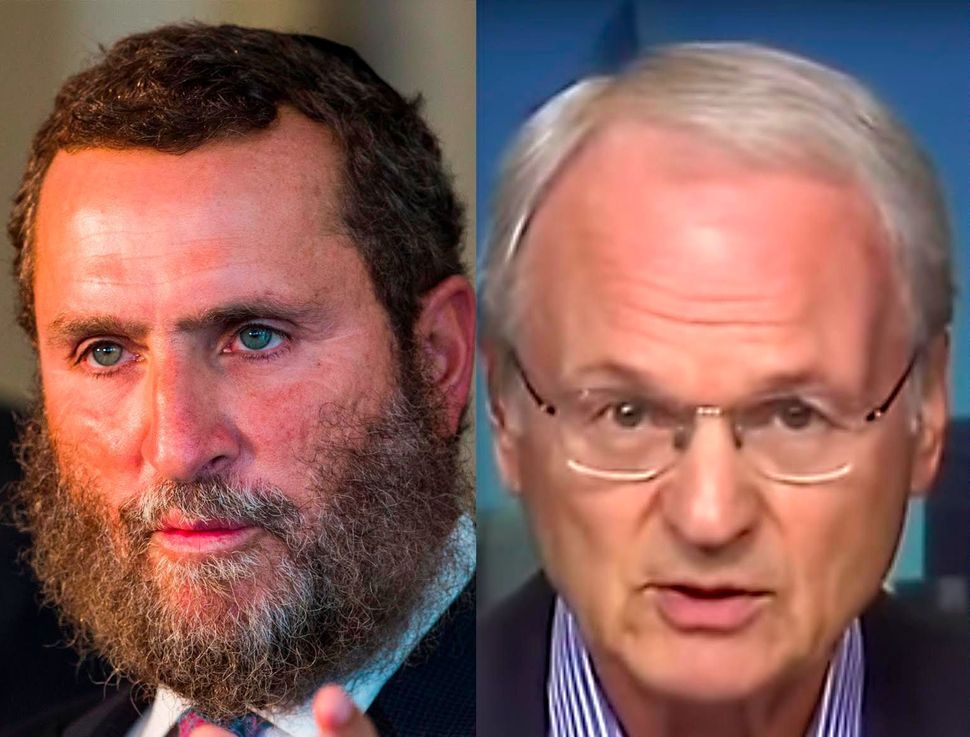 Rabbi Shmuley Boteach on Thursday came near to endorsing Donald Trump, calling the businessman a “phenomenal friend” to Israel, a sentiment shared by some Jewish conservatives and rejected by many as a divided Republican party began the process of taking sides for or against its presumptive presidential nominee.

The celebrity rabbi dismissed Trump’s previous statements about being neutral between Israel and Palestinians as irrelevant, and said that Trump’s speech at AIPAC’s policy conference in March, which drew enthusiastic applause and standing ovations from the crowd, was more representative of his views.

But even as backers like Boteach and the Republican Jewish Coalition put their support for Trump on the record, an assortment of conservative stalwarts resisted, criticizing their fellows for falling in line, and searched for alternatives.

The conflict in the Jewish community reflects a larger divide in the Republican party: Some are reluctantly expressing support for Trump, while others are staunchly opposed to him and are considering a vote for Clinton.

Senator John McCain, who ran for presidency in 2008, has said he will back the party’s nominee, no matter what. Former presidents George H.W. Bush and George W. Bush, on the other hand, will not endorse any presidential candidate this year.

Boteach also said Trump should not be held accountable for anti-Semitic supporters, such as former Ku Klux Klan leader David Duke, who has sung Trump’s praises.

While the Republican candidate disavowed Duke on Thursday, he had previously failed to denounce him and other white supremacist groups.

Praise for Trump also came Thursday from the Zionist Organization of America, the country’s oldest pro-Israel group, which applauded his call to increase Israeli settlement building in the West Bank.

The organization’s president, Morton Klein, called Trump’s comments “refreshing” and said he was pleased to hear a “presidential candidate say that Israeli/Palestinian peace is not dependent upon Israel discriminating against Israeli Jews … by preventing them from building homes and communities in Judea/Samaria.”

On Wednesday, the Republican Jewish Coalition endorsed Trump, with the group’s president “congratulating” the candidate in a statement that also slammed Hillary Clinton.

But not all Jewish Republicans are on board. An endorsement of Trump by Ari Fleischer, who served as White House press secretary under George W. Bush, raised ire among politically conservative Jews, some of whom used the hashtag #NeverTrump, to show their distaste for the candidate.

Prior to the endorsement by the Republican Jewish Coalition, conservative columnist Jennifer Rubin tweeted that if the group supported Trump they would be “dead to me.”

@AriFleischer No, No, NO. And if RJC backs him they are dead to me.

The next day, Rubin cast about for a way out of an election between Trump and Hillary Clinton, tweeting that “the prospect of a breakaway conservative candidate or party remains alive.”

Some Jewish conservatives have gone so far as to lean towards Clinton if Trump is the alternative.

Eliot Cohen, a State Department official under George W. Bush, has called Clinton “the lesser evil, by a large margin.”

In the photo, from left to right: Shmuley Boteach, Morton Klein and Ari Fleischer.