How Donald Trump Became the Darling of White Supremacists 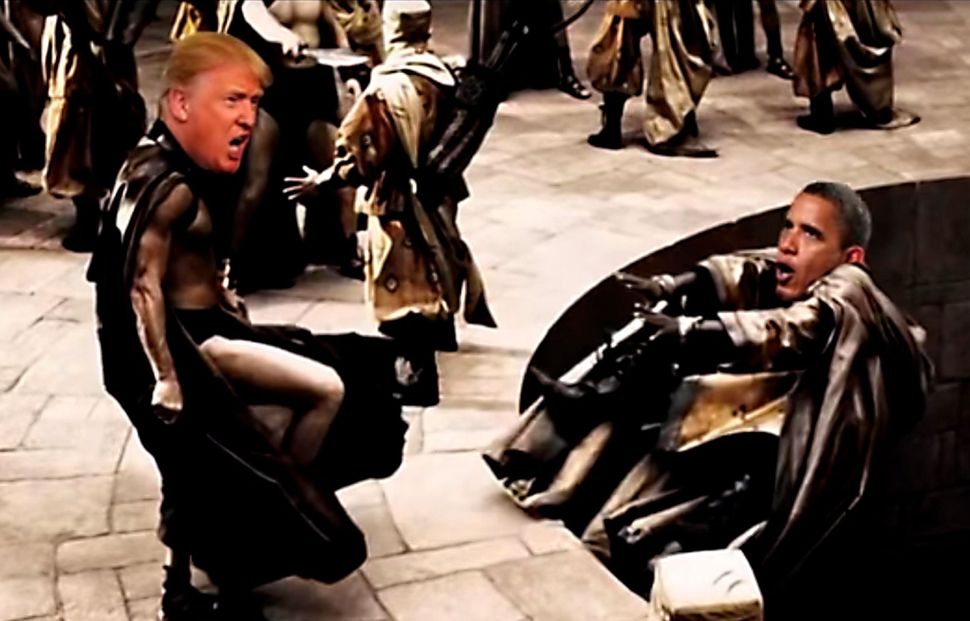 In a still from a pro-Donald Trump video made by a white supremacist supporter, Trump can be seen killing President Barack Obama. Image by YouTube

“We’re gonna take our country back, folks,” Donald Trump tells an army of white soldiers as he battles, and ultimately kills, Barack Obama and two prominent American Jews in a clumsy parody of the movie “300.” The clip, which features recordings of actual statements made by Trump and has over half a million views on YouTube, is only one example of the large volume of anti-Semitic content produced by white supremacist Trump supporters.

In a still from a pro-Donald Trump video made by a white supremacist supporter, media mogul Sumner Redstone, conservative columnist Ben Shapiro, and former Disney CEO Michael Eisner, who are all Jewish, are portrayed as Trump’s enemies. Image by YouTube

Through statements and policy proposals tinged with racism — such as advocating a ban on Muslims entering the country, and saying many Mexican immigrants are drug dealers and rapists — Trump has become a favorite of white nationalist groups and provided an unprecedented platform for their views.

While other politicians – notably Pat Buchanan, a Republican presidential candidate in 1992 and 1996 who made statements questioning the scale of the Holocaust – have espoused racist beliefs, none of them are on the same level as Trump in terms of extremist supporters, said Mark Potok, an expert on extremism at the Southern Poverty Law Center, a civil rights advocacy group.

“Donald Trump has electrified the radical right in the United States – they think he is absolutely the cat’s meow. Trump comes closer to representing their own positions than any other politicians in memory,” Potok said. 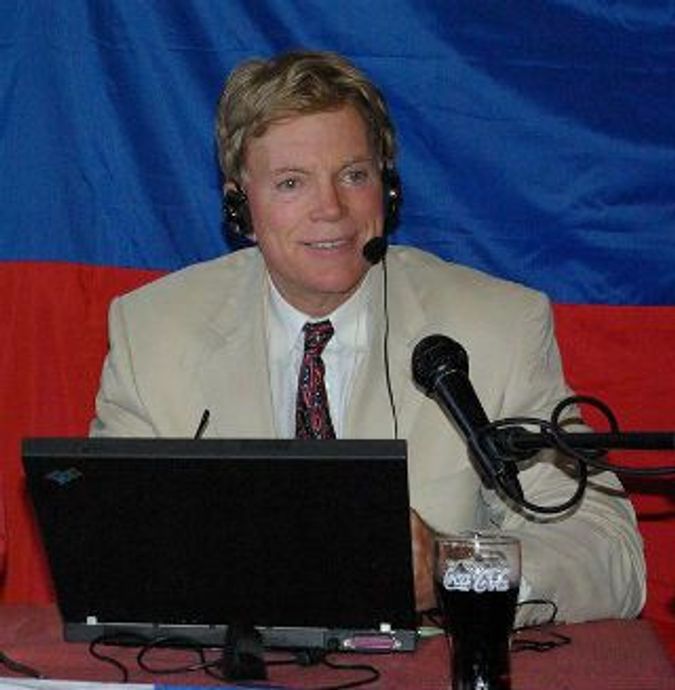 Prominent extremist leaders have endorsed him, including former Ku Klux Klan leader David Duke, who said on May 4 that Jewish opposition to Trump shows that Jews are the real problem” and the “reason why America is not great.”

While Trump has not targeted Jews in his comments (indeed, his daughter Ivanka Trump is a convert to Judaism), anti-Semitism goes hand in hand with other forms of racism and bigotry for the likes of Duke, said Peter Montgomery, who monitors right-wing politics at People for the American Way, a progressive advocacy group.

“Trump’s expression of anti-immigrant, anti-Muslim and anti-Latino rhetoric encourages and excites people who share those thoughts and who also have anti-Semitic thoughts as part of their racial ideology… for them it’s all part of the package,” Montgomery explained. 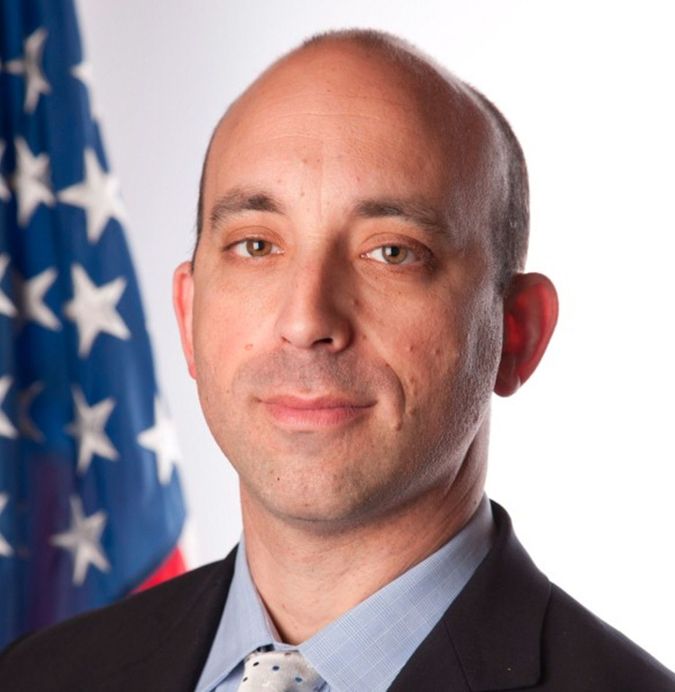 The Anti-Defamation League expressed hope that the denunciation represented Trump “turning over a new leaf,” said Jonathan Greenblatt, the organization’s national director and CEO, while also acknowledging that the presumptive Republican nominee had not responded to previous requests by his organization to distance himself from white supremacist supporters.

The group has not been in direct contact with Trump despite having sent him letters, Greenblatt said, declining to elaborate further. “I think the bottom line is, we haven’t spoken with him,” he said.

“Donald Trump’s disavowal of David Duke is a day late and a dollar short – it seemed pretty clear that he did not actually want to do it,” Potok said. “Trump is playing a game in which he has worked hard not to too strongly disavow the white supremacists and neo-Nazis who like him so well.”

The denunciation would not affect white nationalist support for Trump, Potok predicted.

“In the white supremacist world, many people have pointed out that he simply has to disavow them to stay in the mainstream at all. They’re not upset in the least,” he said.

The presumptive Republican nominee has also made white supremacists feel he welcomes their support by sharing their tweets.

In January, for example, Trump retweeted a post by an account called @WhiteGenocide, which has posted numerous racist tweets and linked to websites praising Hitler.

Trump also refused to distance himself from supporters who had sent anti-Semitic death threats to a Jewish journalist who profiled his wife.

Trump’s lack of disapproval has allowed Duke and white nationalist groups move from the fringes of the political discourse toward the mainstream.

“One of the interesting things is that white supremacist and white nationalist groups have usually been pretty marginalized in our public discourse,” Montgomery said. “Trump’s candidacy has been energizing them and bringing them out of the woodwork.”

Meanwhile, some Jewish conservatives have come out in support of Trump.

“Every candidate is going to attract unsavory characters — that’s what happens in politics. I’m not going to hold him accountable for racist supporters,” Rabbi Shmuley Boteach told the Forward after praising Trump as a “phenomenal friend of Israel.”

The prominent rabbi did concede, however, that Trump needs to disavow all racist supporters. “He should denounce any and all extremists and racists who claim to carry his banner — that’s clear,” Boteach said.

Greenblatt said that the way bigotry has been brought into the public discourse by Trump is unprecedented.

“There have been bigots who have run for political office before; however, we have not seen the mainstreaming of this kind of intolerance at this stage in the game in our collective memory,” Greenblatt said.

Josefin Dolsten can be contacted at dolsten@forward.com, and followed on Twitter, @JosefinDolsten

How Donald Trump Became the Darling of White Supremacists