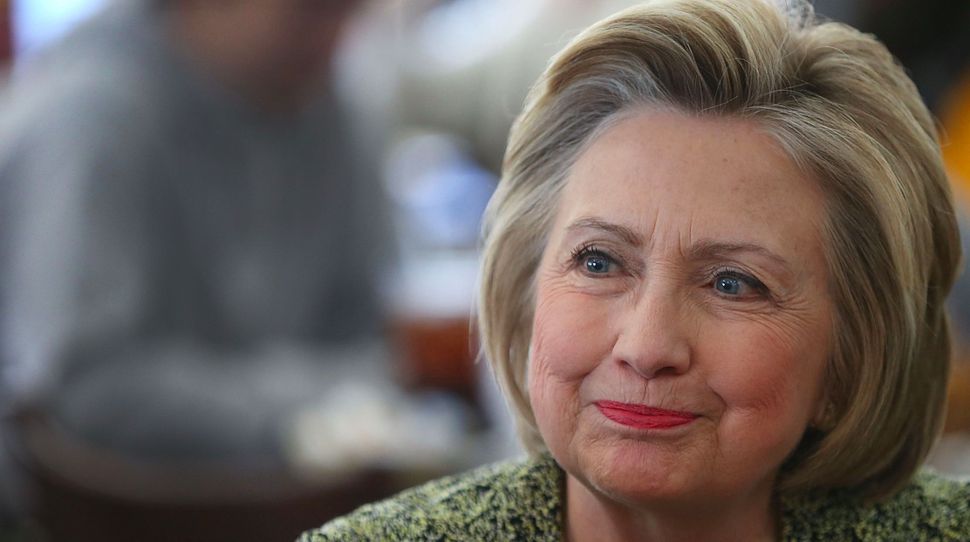 Speaking out on an Israel divestment resolution up for vote at her own church, Democratic frontrunner Hillary Clinton issued a harsh rebuke of the proposed move and reaffirmed her stance the BDS movement.

“I believe that BDS seeks to punish Israel and dictate how the Israelis and Palestinians should resolve the core issues of their conflict,” Clinton wrote to leaders of the Israel Action Network and of the Jewish Federations of North America. Clinton argued that while she remains convinced that a two-state solution is best for Israel’s future, this goal can only be reached by direct negotiations between the parties. “It cannot be imposed from the outside or by unilateral actions,” Clinton wrote.

The United Methodist Church, America’s largest mainline protestant denomination, is set to consider in its convention in Portland, Oregon this week a series of resolutions calling for divesting church funds from several U.S. companies which are described by backers of the resolution as profiting from Israel’s occupation of the West Bank.

Her statement came in response to a letter from heads of the two Jewish organizations who asked Clinton to speak out on the issue before members of the church vote on the resolutions. “As a passionate advocate for a peaceful future for Israelis and Palestinians, and someone who has been outspoken about the dangers of anti- Israel BDS movement, your voice is very much needed this week,” wrote IAN chair David Sherman and JFNA vice chair Susan Stern to Clinton.

Clinton has been outspoken in her rejection of BDS and made this point also in a letter to Haim Saban, one of her major backers, last July.

Clinton did not mention in her letter to IAN her affiliation with the United Methodist Church. She reiterated her commitment to fighting BDS and other unilateral moves aimed at isolating Israel. “It would be a serious mistake for the United States to abandon our responsibilities, or cede the mantle of leadership for global peace and security to anyone else,” Clinton wrote.