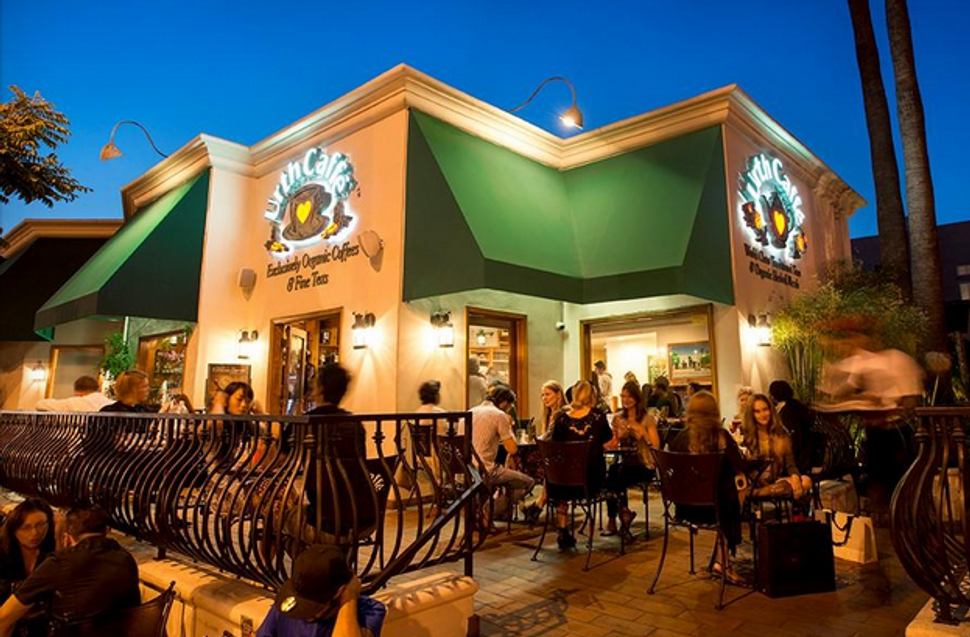 A California cafe founded and owned by a Jewish and Muslim husband and wife plans to countersue after being accused of discriminating against Muslim patrons.

Urth Caffe, an artisanal coffee shop and restaurant with six Southern California locations, was accused in a suit filed May 2 of forcing seven women to leave its Laguna Beach site in April because they were visibly Muslim.

Announcing plans for a countersuit last week, attorneys for owners Shallom and Jilla Berkman, who are Jewish and Muslim, respectively, say the lawsuit is “a fraud and a hoax on the courts and the media,” ABC7.com .

The cafe has said the women were asked to leave because they violated its policy of giving up a table after 45 minutes during busy periods while others were waiting in line. The women, six of whom wear Muslim headscarves, assert that the restaurant was not full and that no other customers were asked to leave.

In a Facebook post that went viral, one of the plaintiffs, Sara Farsakh, wrote, “What began as a night out with some friends ended as a painful and embarrassing reminder of what it is like to be visibly Muslim — even in liberal California.”

The Berkmans have engaged a pro bono attorney, David Yerushalmi, a conservative activist known for fighting the influence of religious Islamic law, according to the Jewish Journal.

Calling Yerushalmi “probably the leading anti-Muslim activist this side of Donald Trump,” the attorney for the Muslim women said the Berkmans’ decision to hire him supports allegations that their company engaged in anti-Muslim profiling.

However, Shallom Berkman told the Jewish Journal in an email that he and his wife “don’t consider [Yerushalmi] anti-Muslim — we believe him to be pro-justice.”

Yerushalmi told the Jewish Journal he plans to demonstrate that the lawsuit is part of a broader effort to put forward a Muslim “victimization narrative.”

In a letter posted at the Laguna Beach location, Shallom Berkman wrote on behalf of the couple, according to the Journal: “We find this incident both sad and frustrating in that they chose one of the most welcoming and diverse businesses in the area to target with their political agenda. These accusations are absolutely false and we remain confident that when the whole truth is known, we will be completely vindicated.”