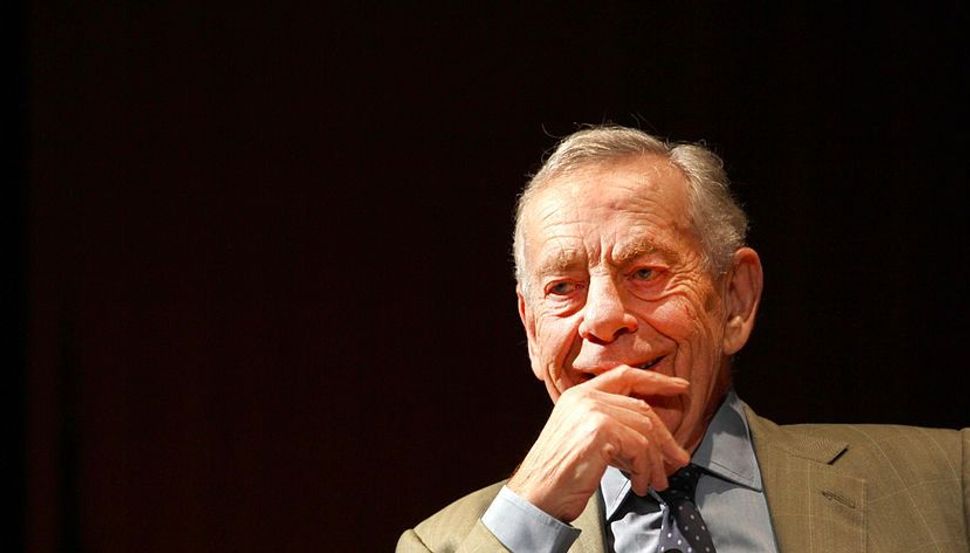 He retired from CBS last week and “60 Minutes” paid tribute to him with a look back at his work on Sunday’s show.

Safer, who spent 61 years in television news, brought an authoritative, urbane style to “60 Minutes,” CBS’s ground-breaking news program, and his work was a mix of hard and soft news. The part-time painter often reported on art and his disdain for contemporary works often set the art world atwitter.

CBS said Safer changed war reporting forever with his work in Vietnam before becoming an “iconic” correspondent who was one of U.S. television’s most enduring stars.

“Morley was one of the most important journalists in any medium, ever,” CBS chairman and Chief Executive Officer Leslie Moonves said in a statement.

“He was also a gentleman, a scholar, a great raconteur – all of those things and much more to generations of colleagues, his legion of friends, and his family.”

Safer was born in Toronto to parents who were both Jews from Austria.

Although he interviewed many artists, actors and musicians, Safer never cared much for celebrities, saying, “I really don’t care what movie stars have to say about life.” Still, he listed country singer Dolly Parton among his favorite interview subjects.

“If I could interview Dolly every week, I would,” Safer told the New York Post in 2009.

Safer also delivered deep investigative pieces on injustice, corporate malfeasance and trade in human body parts among a raft of other subjects.

“Some people, you have to grit your teeth in order to stay in the same room as them but you get on and ask the questions you assume most of the people watching want to ask,” he once said.

Jeff Fager, a former chairman of CBS News and the current executive producer of “60 Minutes,” wrote on Twitter that Safer was a “masterful storyteller, inspiration to many of us and a wonderful friend.”

The late Don Hewitt, the creator of “60 Minutes,” often cited a Safer story as one of the show’s greatest moments. In that award-winning 1983 story, Safer reported on new evidence that freed an innocent man who had been sentenced to life in prison for armed robbery in Texas.

Safer’s long tenure at “60 Minutes” followed years of war reporting for CBS News, particularly from Vietnam. In a 1966 report he showed shocking images of U.S. Marines burning the village of Cam Ne that infuriated President Lyndon B. Johnson so much that he called CBS executives to complain. That report was widely seen as one of the first to turn public opinion against the Vietnam War.

Safer, a Canadian, joined CBS News in London in 1964 and opened the network’s Saigon bureau. He later returned to London to be bureau chief.

“After four or five different wars, I grew weary of that work, partly because in an open war, open to coverage, as Vietnam was, it’s not that difficult, really,” he said.

Safer told a CNN interviewer that he and prickly colleague Mike Wallace, who died in April 2012, were sometimes “like scorpions in a bottle” before their relationship mellowed.

In 1968 Safer married anthropology student Jane Fearer, shortly after surviving an attack by Biafran soldiers who had killed a photographer friend and made him aware of his own mortality. The couple had a daughter, Sarah.—Reuters