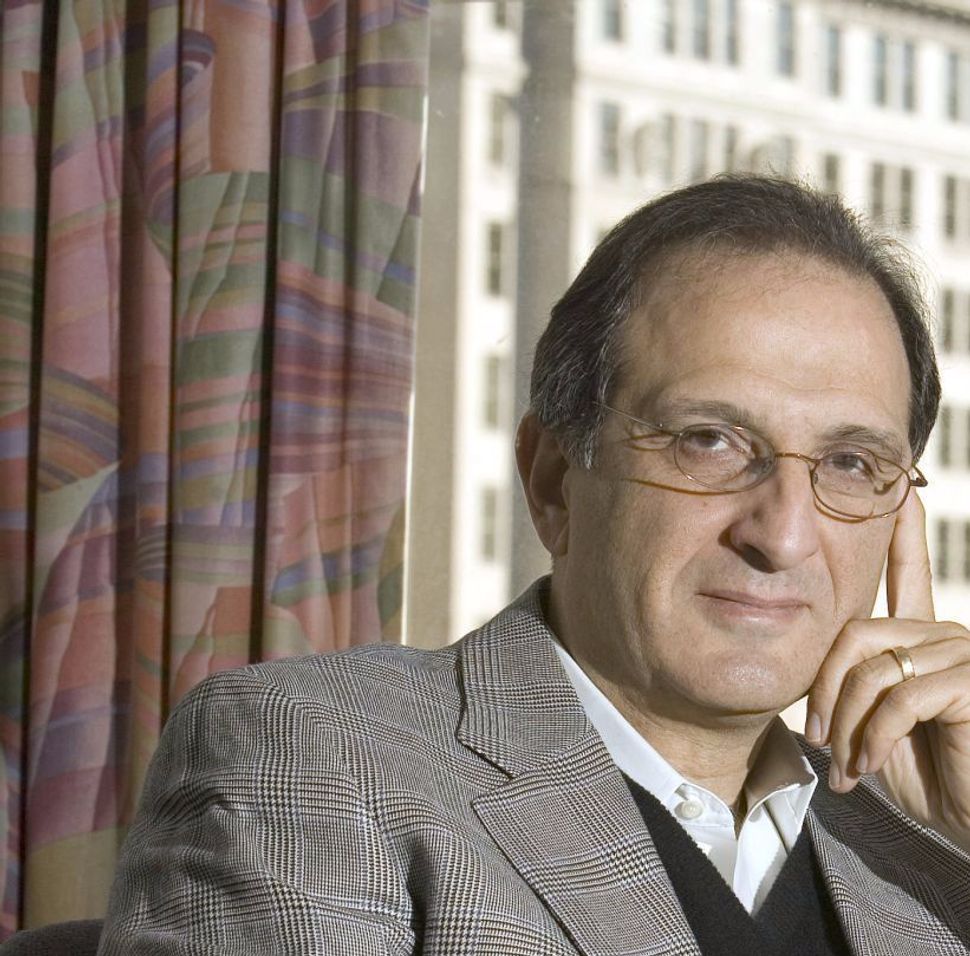 (JTA) — The Democratic Party platform drafting committee is top heavy with veterans of political battles over Israel — some friendly, some critical, and including at least one major backer of the Boycott, Divestment and Sanctions movement.

The Democratic National Committee named the committee on Monday, a day after reports emerged that Bernie Sanders, an Independent senator from Vermont running for the Democratic Party’s presidential nomination, wants the platform to elevate the issue of Palestinian rights.

The names signal that the robust debate on Israel that has rattled the party’s relationship with the mainstream pro-Israel community over the past two years will continue through the party convention in Philadelphia in July.

Sanders, the first Jewish candidate to win major party nominating contests, named five of the committee’s members, while Hillary Clinton, the former secretary of state and front-runner in the party’s presidential primaries, named six. The remaining four were named by the DNC’s chairwoman, Rep. Debbie Wasserman Schultz, D-Fla., among the most prominent Jewish leaders in the party.

Three of the Sanders backers on the committee — Cornel West, a philosopher and social activist; James Zogby, the president of the Arab American Institute, and Rep. Keith Ellison, D-Minn., the first Muslim elected to Congress — are known in part for their criticisms of Israel.

West is a prominent BDS backer and Zogby has spoken forcefully against attempts to marginalize the movement. Ellison has called for greater consideration of Palestinian rights, but also has close ties to his home state Jewish community and says Israel’s security must be taken into account.

The standout appointment is West, a fiery speaker who has called the Gaza Strip “the ‘hood on steroids” and, in 2014, wrote that the crimes of Hamas “pale in the face of the U.S. supported Israeli slaughters of innocent civilians.”

Zogby and Ellison are longtime insiders who have taken leadership roles in the party, so their inclusion is not extraordinary.

Among the six Clinton backers is Wendy Sherman, the former deputy secretary of state who was a lead negotiator in the Iran nuclear talks. Sherman, who has spoken lovingly of her involvement in Jewish life in suburban Maryland, was wounded by the tough criticisms of the deal from Israel’s government and centrist pro-Israel organizations.

Another Clinton appointee is Neera Tanden, the president of the Center for American Progress who in recent years has taken a lead role in trying to establish a dialogue between Israel’s government and the American progressive community.

Wasserman Schultz’s picks include Rep. Elijah Cummings, D-Md., who will be the committee’s chairman. Cummings is close to his state’s Jewish community and for years has run a program sending a dozen or so black high-schoolers from the Baltimore area to Israel.

Another of her picks is former Rep. Howard Berman, D-Calif., who is also close to the pro-Israel community. Berman shepherded through far-reaching Iran sanctions in 2010 when he was chairman of the U.S. House of Representatives Foreign Affairs Committee.

Rep. Barbara Lee, D-Calif., also a Wasserman Schultz pick, has been critical of Israel in her career, joining 59 House members, including Ellison, in a letter after the 2009 Gaza War urging the Obama administration to pressure Israel to allow increased humanitarian relief into the strip. She also joined Ellison in speaking against a resolution condemning the 2009 U.N. report on the war, which was reviled by Israel’s government and the mainstream pro-Israel community.

Wasserman Schultz also named Bonnie Schaefer, the former CEO of Claire’s, the mall jewelery chain, and a philanthropist who is involved with the Simon Wiesenthal Center and the Weizmann Institute of Science.

All four of the Congress members on the drafting committee – Cummings, Lee, Ellison and Rep. Luis Gutierrez, D-Ill., a Clinton appointee – are endorsed by the political action committee affiliated with J Street, the liberal Middle East policy group.