After Snub, Jews Get Vote on Reclaimed Nazi Art 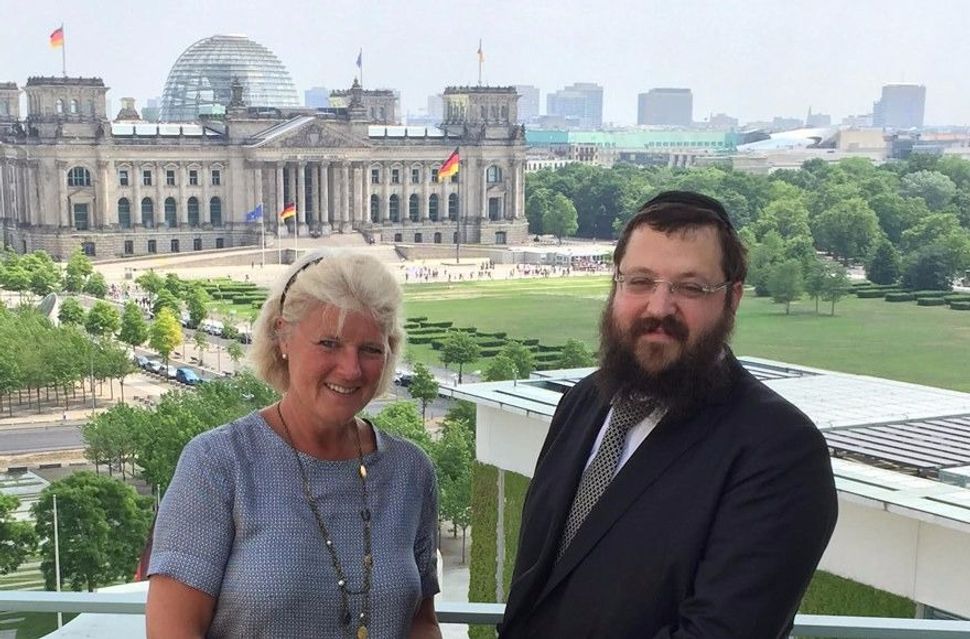 In a reversal,  Germany’s culture minister said she favors including a Jewish community representative on the country’s controversial committee for restitution of Nazi-looted art.

Minister Monika Grütters said she supported adding a Jewish delegate during a meeting Tuesday with Yehuda Teichtal, a rabbi of the Jewish community in Berlin. Teichtal’s office announced her decision on Thursday following his meeting with the minister.

The decision concerns the so-called Limbach Commission, which is an advisory commission on the return of cultural property seized as a result of Nazi persecution, and especially Jewish property.

Earlier this year, World Jewish Congress President Ronald Lauder criticized the Limbach Commission as having “no teeth” as a mediator in controversial art restitution cases. He has lobbied for the inclusion of a representative of the Jewish community on the body.

But Grütters resisted these calls, the New York Times in March: “We did not do this, and for good reason,” because a Jewish member “would be the only voice who would be prejudiced.”

Named after its chairman, Jutta Limbach, the former head of the German Federal Constitutional Court, the committee has come under fire along with other restitution bodies following the 2012 discovery of 1,400 precious artworks in the possession of Cornelius Gurlitt, whose late father collected looted art on behalf of Nazi officials.

German authorities hid the discovery for approximately one year before a magazine broke the story.

Earlier this year, Lauder said the interim results of the investigation into the stash were “meager and not satisfactory.” Headed by a taskforce independent to the Limbach Commission, the probe flagged approximately 500 works in the Gurlitt trove that are under suspicion of being looted art and whose provenance the task force has been checking since 2013. Only a handful had been identified as stolen or returned.

During her meeting with Rabbi Teichtal, Grütters stated that she intends to “positively consider adding a member of the Jewish community to the committee board” in her forthcoming talks with the German states and municipalities, “in order to boost the confidence in the committee’s work and its transparency,” Teichtal’s office said in a statement.

“Minister Grütters is a true friend of the Jewish people and that if there are any arguments regarding certain issues, it is important to make sure that they are handled in the way arguments should be handled between friends,” Teichtal said.

After Snub, Jews Get Vote on Reclaimed Nazi Art