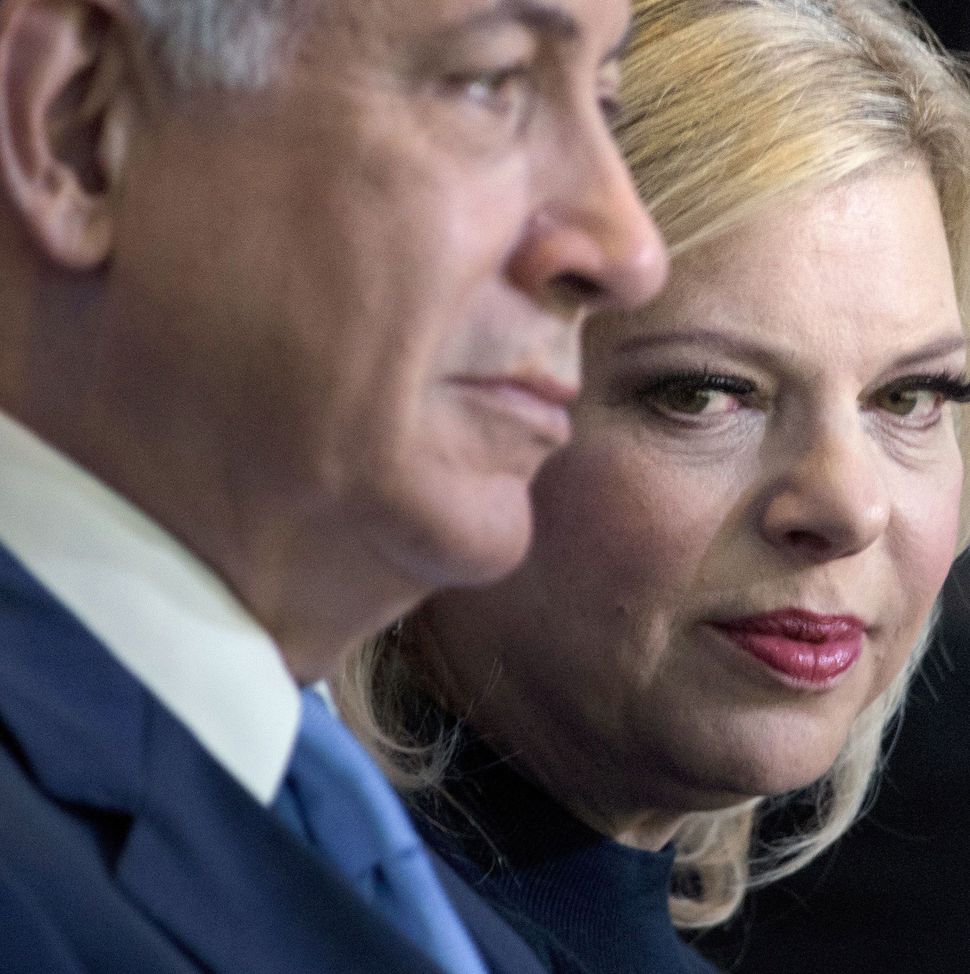 Mrs Netanyahu, who has denied any wrongdoing, was questioned by the police fraud squad in December. Any significant political fallout for the prime minister would likely depend on whether state prosecutors accept the police recommendation.

“Mrs Netanyahu did not break any law, these are matters that do not even come close to breaking the law … We are certain that when the authorities check the facts they will find that there is nothing in them,” Netanyahu spokesman Nir Hefez said.

Police said in a statement they had concluded the investigation and had presented their findings to prosecutors, who would decide what action to take, but unsourced reports in all Israel’s main media outlets said police had recommended that charges be brought.

The suspicions relate to Mrs Netanyahu’s alleged misuse of state funds to pay a caregiver for her ailing father before his death, the hiring of an electrician who did not meet the requirements of a government tender and for opulent meals.

The investigation was prompted by a government auditor’s findings and by information provided by a former chief custodian at the official residence. In February, he won damages for emotional distress after a labor court found that Mrs Netanyahu had repeatedly scolded him and other household staff.

In a separate report by the state auditor on Tuesday, the prime minister was criticized over free air tickets that he and his family received for travel abroad when he was finance minister more than a decade ago.

No criminal charges have been brought in that investigation. Netanyahu’s lawyers said he had broken no laws in having travel and expenses covered by organizations that invited him to speak at events raising funds for Israel, or by private individuals associated with those groups.

Three years ago, Netanyahu and his wife caused a flap when a bedroom for the couple was fitted, at the cost to public coffers of $127,000, onto a chartered El Al flight to London, where the couple attended the funeral of former British leader Margaret Thatcher.

The prime minister’s office responded at the time that he was entitled to a good night’s sleep on an overnight flight after a hectic day.