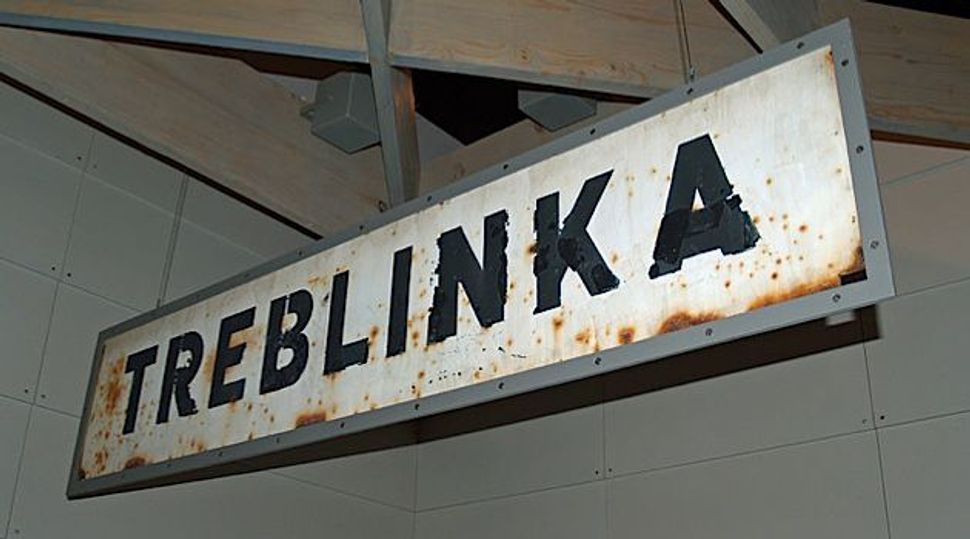 — Poland’s government offered to take over from a local authority the responsibility for preserving the grounds of the former Nazi death camp Treblinka, where 870,000 people were murdered.

The Ministry of Culture and National Heritage made the offer in a letter it sent last week to the regional government of Mazovia, the Rzeczpospolita daily reported Sunday.

The takeover could open up new funds for upgrading the small museum in Treblinka, whose grounds were turned during the 1960s into a Polish national monument featuring hundreds of stones inscribed with the names of the countries and places from which the victims had originated. It also has a room-sized museum displaying some objects, mostly work tools, found at the site.

Before retreating, the Nazis largely destroyed the facilities of the relatively small camp, which was spread across nearly 57 acres, including the southeastern extermination area with its brick building containing three gas chambers, each measuring 170 square feet.

From the Depths, an organization which works on Holocaust commemoration in Eastern Europe, welcomed the move, which comes amid a government-led campaign that is widely seen as designed to highlight Polish victimhood during World War II and counter claims that Poles were complicit in the Holocaust.

“It is very promising to see that the Polish government, along with the public international campaign against calling the death camps ‘Polish Death camps,’ have also stood to take further responsibility for those sites on current-day Polish soil,” From the Depths Founder Jonny Daniels told JTA. He has criticized Polish authorities for perceived neglect of some Holocaust sites.

Poland’s right-wing government is advancing legislation that would criminalize the use of the term “Polish death camps.” In February, Poland’s deputy justice minister, Patryk Jaki, told reporters in Warsaw: “Stop attributing to Poland the role of Holocaust author.” The government-operated Auschwitz-Birkenau Memorial and Museum opposes even mentioning that that former death camp is in Poland, urging journalists to change the geographical characterization to “German-occupied” territory.

Treblinka, Daniels said, “has been mismanaged by regional authorities, with little funds going into security or upkeep of the site and visitors were unable to get a true understanding of what happened there.”

Separately, From the Depths this week facilitated a deal with a Polish Jewish group, TSKZ, in which they will house the new offices of the Polish Society of the Righteous Among the Nations, whose members were recognized  for risking their lives to helping Jews survive the Holocaust. Their previous office, in the second story of a suburban building without an elevator, was inaccessible to some of the elderly members.