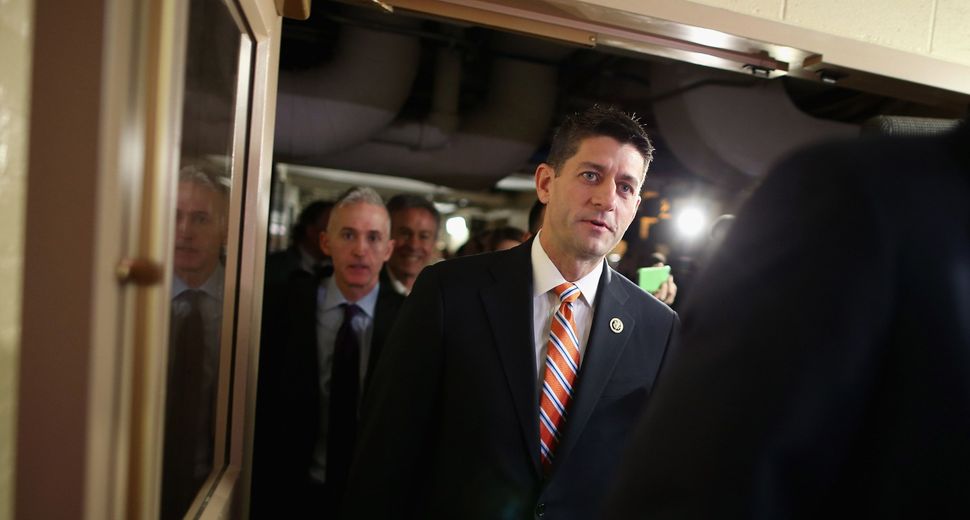 House of Representatives Speaker Paul Ryan on Tuesday slammed as “ridiculous” Republican presidential candidate Donald Trump’s social media post depicting Democratic rival Hillary Clinton against a backdrop of cash and a Star of David, and said anti-semitic images have “no place in a presidential campaign.”

“Candidates know that,” Ryan, the highest-ranking elected Republican, said in an interview with radio station WTMJ in Milwaulkee, Wisconsin. “I really believe he’s got to clean up the way his new media works,” he said.

Trump on Monday defended the post, saying he had not meant the six-pointed star to refer to the Star of David, which is a symbol of Judaism. Rather, he said, the star could have referred to a sheriff’s badge, which is shaped similarly except for small circles at the ends of each of its six points, or a “plain star.”