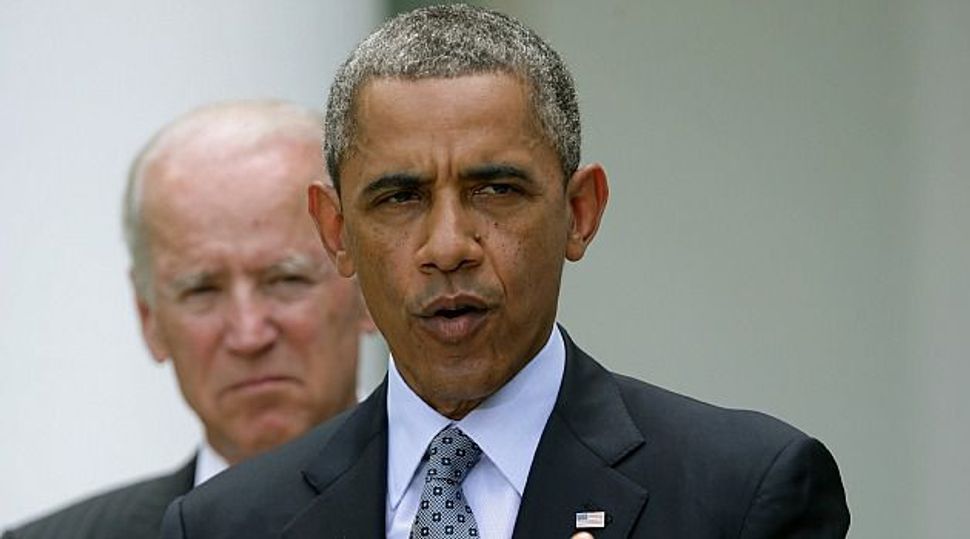 President Barack Obama pledged to veto three pieces of legislation because they contain language that would scuttle implementation of the Iran nuclear deal.

A White House news release on Tuesday said the bills passed this month by congressional Republicans, with little resistance from Democrats, contradict the easing of sanctions that the U.S. promised Iran in return for rolling back its nuclear program.

The White House said the bills would undermine the ability of the United States to meet its commitments under the Joint Comprehensive Plan of Action, as the nuclear deal is called.

“The President has made it clear that he will veto any legislation that prevents the successful implementation of the JCPOA,” the news release said.

An amendment to the Iran Accountability Act, which sanctions Iran for its sponsorship of terrorism and human rights abuses, was deemed objectionable by the administration because it reintroduces economic sanctions that were lifted in January on “Implementation Day” — when the International Atomic Energy Agency verified Iran’s completion of key nuclear-related steps. The White House also said it could undermine the sanctions that remain.

An amendment made to the the United States Financial System Protection Act would hinder financial transactions between Iran and the international community, the White House said.

Earlier this month, Republicans passed legislation to block Boeing and Airbus from selling commercial aircraft to Iran and to limit the president’s authority to implement sanctions relief.

The deal with Iran keeps in place most bans on U.S. entities dealing with Iran. An exception is Boeing, which is to sell civilian aircraft to Iran reportedly for $25 billion.

Obama also asserted that if the U.S. did not have the ability to take Iran’s excess heavy water — the deuterium oxide water often used in nuclear reactors — Iran could potentially stockpile it for use in weaponry.