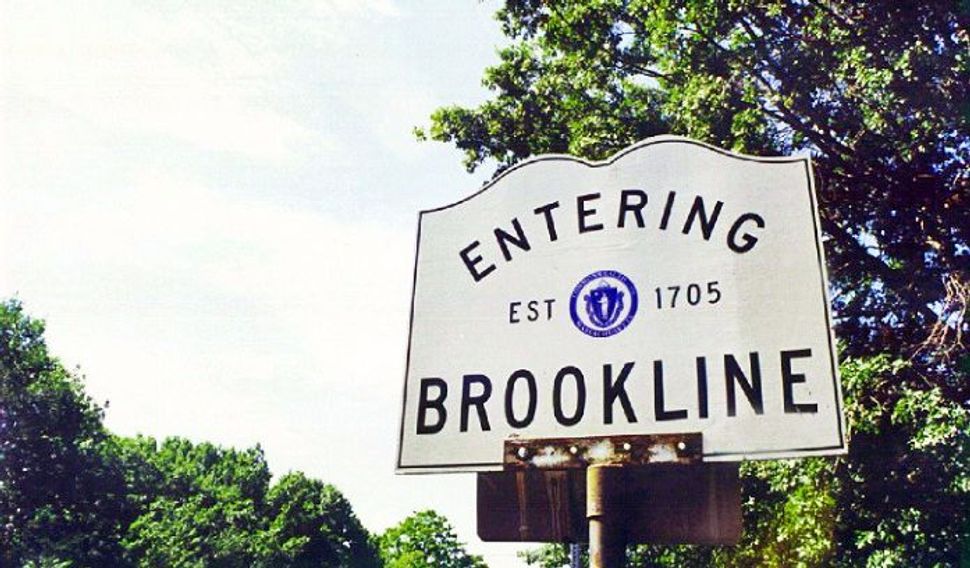 The cause of the fire at The Butcherie was careless disposal of a cigarette behind the shop, in the rear storage area which was used mostly for paper products, the Boston Globe reported. The Butcherie has pledged to reopen.

No one was injured in the blaze that began on Tuesday afternoon and was quickly extinguished. The fire caused between $400,000 and $500,000 worth of damage, much of it from smoke contamination of perishable items, according to a preliminary estimate from a fire department official. A home next door also was damaged.

One local store and the Young Israel of Brookline synagogue have offered kitchen space, Gelerman told the Globe.

Opened in 1972, the family-owned business is also a deli and caterer, and sells a full range of kosher products including meats, poultry, dairy, baked goods, wine, groceries and many products from Israel.

Denice Goguen, director of catering for the market, answered the company phone remotely Wednesday afternoon and told JTA that they are awaiting word from the health department about what might be salvageable. Customers have been calling to express support, she said. “It’s a close knit community. They’re asking if everyone’s ok. Then they want to know if there’s a plan” to reopen, she said. The shop also does some wholesale business for other caterers, she said.

Miriam Natan Creighton is a long-time Butcherie customer who works at the nearby Israel Book Shop. She had stopped by the kosher market earlier in the day and had planned to do her weekly shopping after work. Mid-afternoon Tuesday, there were suddenly fire trucks, police cars and an ambulance outside of the shop, she said. Customers began running out of the bookstore to see what was happening, she told JTA in a phone conversation.

Kosher meat is sold in nearby supermarkets including Trader Joes, she said. But families that follow Glatt kosher rules, which are more stringent, won’t buy their meat there. The temporary closing, ahead of Shabbat, will be disruptive for many families, she said.

After the fire was extinguished, Natan Creighton walked over to offer her support and was able to get a look inside the shop, with two of the store’s owners. “It was devastating to see. It was so sad,” she said. The Butcherie is an important institution for Jews well beyond the local community, Natan Creighton observed. One woman who had not heard the news of the fire arrived from New Hampshire Wednesday to shop for herself and others.

“You meet people from all corners of the world,” Natan Creighton said. “Visitors from Israel come. There are specialty foods. I see Arab people shopping there. It’s an important place and we love it. We all hope it reopens soon.”

“The Butcherie is an important part of our Jewish community.   The availability of kosher food is of course essential for our Orthodox community but is also important to the wellbeing of  our entire Jewish community.   We are very fortunate to have a traditional community that enriches and is engaged with all aspects of Jewish life in Boston and kashrut is essential to the life of the traditional community.  We are glad no one was hurt in the fire and hope they will open soon,”  Barry Shrage, president of the Combined Jewish Philanthropies, told JTA.