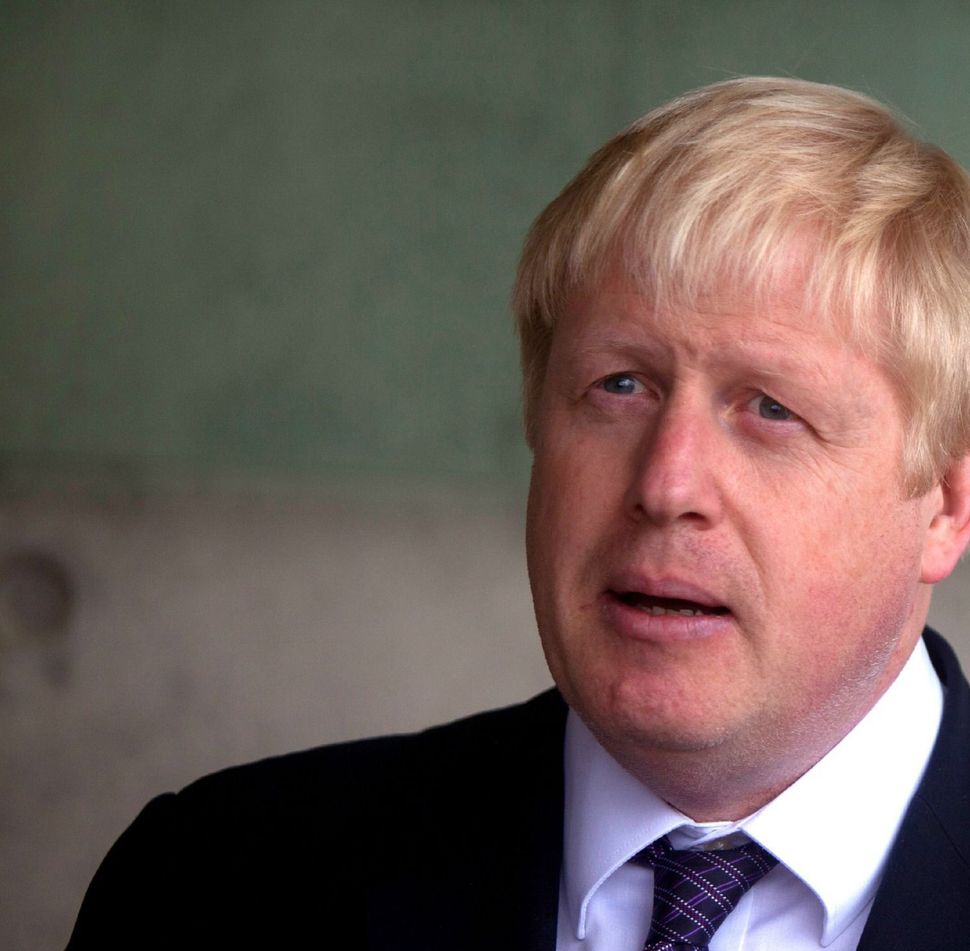 — The Conference of Presidents of Major American Jewish Organizations is seeking an apology from the White House for having compared Israel’s ambassador to the U.S., Ron Dermer, with the new British Foreign Secretary Boris Johnson.

At a press briefing Thursday, White House Press Secretary Josh Earnest referenced Dermer while discussing British Prime Minister Theresa May’s selection of Johnson as foreign secretary. Asked for his response to the blunt-talking Johnson’s past criticisms of Obama, Earnest responded that he “got questions of this variety when [Israeli] Prime Minister [Benjamin] Netanyahu had announced that Ambassador Dermer would be the Israeli envoy to the United States.”

The American-born Dermer, who assumed the ambassador post in 2013, was a Republican strategist before he became one of Netanyahu’s closest advisers. He helped draft the “Contract with America,” the 1994 Republican campaign to gain control of Congress. Last year, he helped arrange Netanyahu’s controversial speech to a joint session of Congress criticizing the impending agreement on Iran’s nuclear program.

The Conference of Presidents called the comparison “inappropriate” Friday, and called on Earnest to apologize.

“We are disappointed and dismayed at comments made by the White House Press Secretary Joshua Earnest responding to a question regarding the appointment of Boris Johnson as the Foreign Secretary of Great Britain, in which he drew an inappropriate parallel to the appointment of Ron Dermer as Israel’s ambassador to the United States,” said Stephen Greenberg, Chairman of the Conference of Presidents .

“These are unrelated events and the comparison unfounded. It appears to be a gratuitous comment and an apology is called for immediately,” Greenberg continued.

Johnson, the former mayor of London who was among the key proponents of Britain’s leaving the European Union, is known as a wild-card given to controversial remarks. He once referred to Obama as the “part-Kenyan President [with an] ancestral dislike of the British Empire,” and compared Hillary Clinton to “a sadistic nurse in a mental hospital,” reported the Times of Israel.

In 2015, Dermer had worked with House Speaker John Boehner to arrange Israeli Prime Minister Benjamin Netanyahu’s speech to Congress about Iran, without informing the White House, a move that drew a strong rebuke from administration officials.