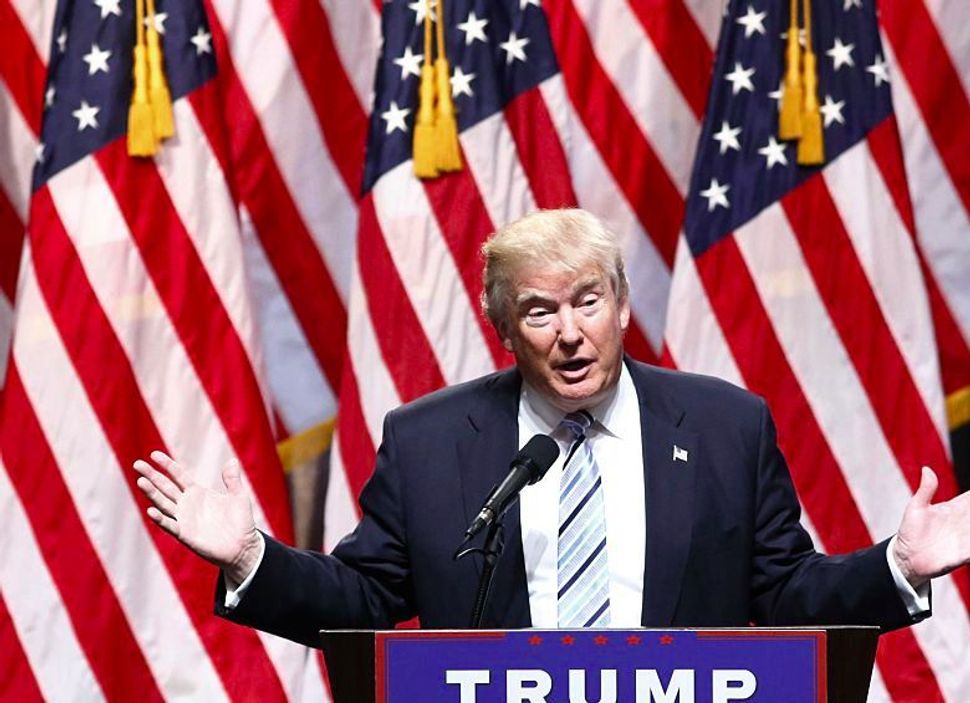 Donald Trump, negotiating his reality TV show, reportedly wondered whether a Jewish agent could get him a better deal.

“Don’t you think I should get a Jewish agent, so he can negotiate better for me?” Trump asked, according to an unnamed Jewish executive present at talks between NBC and Trump about his hit show, “The Apprentice.”

The executive’s account was quoted in The New York Times on Saturday in an account of Trump’s years as the star of “The Apprentice.”

The Trump campaign would not comment to the Times about the exchange.

Last year, appearing at a Republican Jewish Coalition candidates forum, Trump told the room, “I’m a negotiator like you folks.”

He also told the crowd, “You’re not going to support me because I don’t want your money.”

A disgruntled former employee once wrote that Trump, while running casinos in New Jersey in the early 1990s, once said, “The only kind of people I want counting my money are short guys that wear yarmulkes every day.”

Trump’s daughter Ivanka had an Orthodox conversion to Judaism before she married Jared Kushner, who now serves as a close adviser to Trump’s presidential campaign.