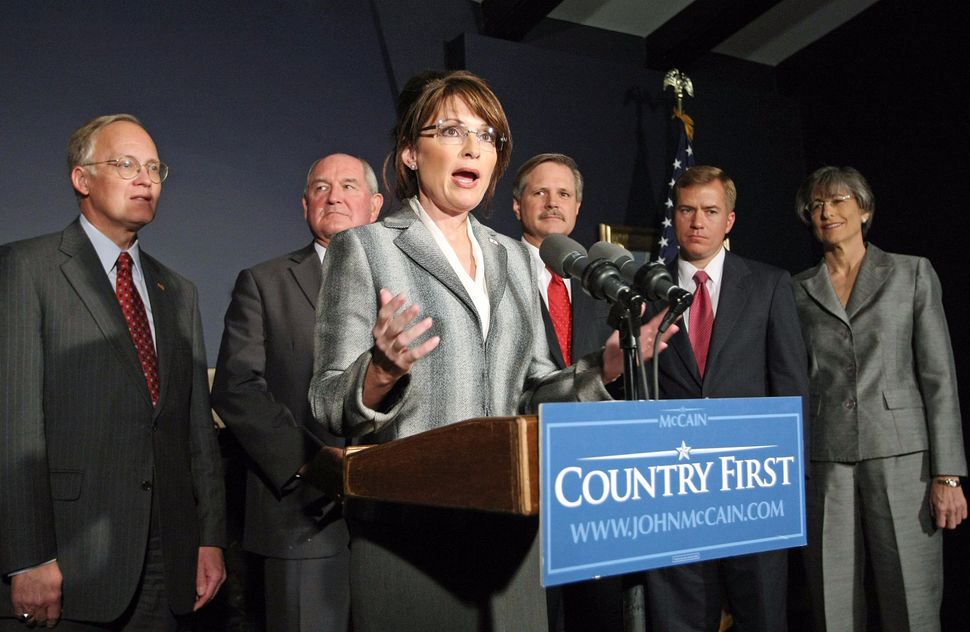 Speaking Monday, the convention’s opening day, the Jewish Lingle said President Barack Obama’s term has “been a wake-up call to American Jews.” She said the Democratic Party — including its presumptive nominee, Hillary Clinton — has “treated our allies as strangers.”

Lingle, Hawaii’s governor from 2002 to 2010, is now the chief operating officer of Illinois.

She claimed anti-Israel sentiment is growing in the Democratic Party, while the Republican Party supports Israel. She praised the Republican platform’s new policy on Israel, which calls for a united Jerusalem under Israeli control, does not mention the two-state solution and opposes the movement to boycott, divest from and sanction Israel, known as BDS.

“On one issue after another, from boycott, divestment and sanctions to the Iran nuclear agreement to the very legitimacy of Israel, they’re divided, with those who don’t care for Israel getting stronger in the Democratic Party,” Lingle said. “You’ll find no such division in the Republican Party’s leadership.”

In her lone mention of Trump, who won the Republican nomination but has irritated a number of party leaders, she said Jews need to support him to “make America great again,” using his campaign’s theme.

Lingle also said the Republican share of the Jewish vote is increasing, with more Jews voting Republican in five of the six past presidential elections. In the most recent election, in 2012, 70 percent of Jews voted for Obama, the incumbent Democrat.