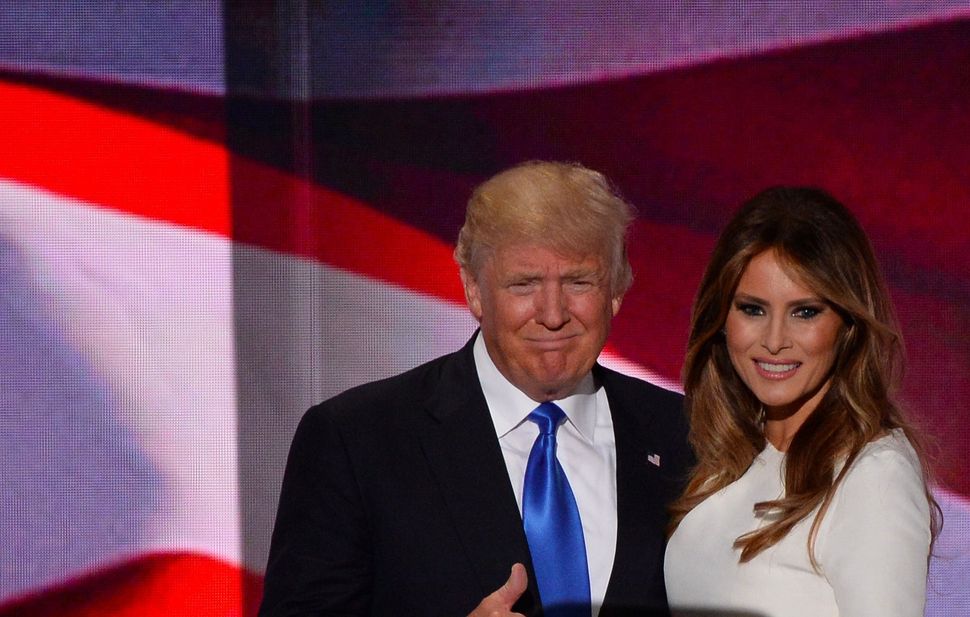 CLEVELAND (JTA) — Speaking at the Republican National Convention, Donald Trump’s wife Melania Trump said her husband does not discriminate based on race or religion.

Her speech, which came following a night of attacks on the Obama administration’s domestic and military record, seemed to aim for a more positive note in an often pugnacious campaign. In the speech, Trump briefly recounted her life story and praised her husband as generous and caring.

Near the end of the speech, she said Trump would work toward prosperity for all Americans, regardless of race, religion or class. The line was an implicit response to accusations that Trump is bigoted against minorities, something he denies.

“Donald intends to represent all the people, not just some of the people,” she said. “That includes Christians and Jews and Muslims, Hispanics and African-Americans and Asians, and the poor and the middle class. Throughout his career, Donald has successfully worked with people of many faiths and of many nations.”

The speech was intended to unify but drew widespread condemnation from the media for closely borrowing from — some called it stolen or plagiarized — Michelle Obama’s 2008 address to the Democratic National Convention. A whole paragraph seemed directly taken from the 2008 speech and many of the sentences seemed lifted. Jason Miller, a Republican communications advisor, responded that:

in some instances [Melania] included fragments that reflected her own thinking.

Rep. Debbie Wasserman Schultz slammed Melania Trump’s speach and said the Trump campaign “should be prepared to be held accountable” for what is said at the convention.

“Any time they are caught red handed, engaging in distortions, inaccuracies, a fact pattern that is clearly not accurate, they blame someone else,” Wasserman Schultz said.

Watch the video at Gawker that cuts Melania Trump’s speech next to Michelle Obama’s.