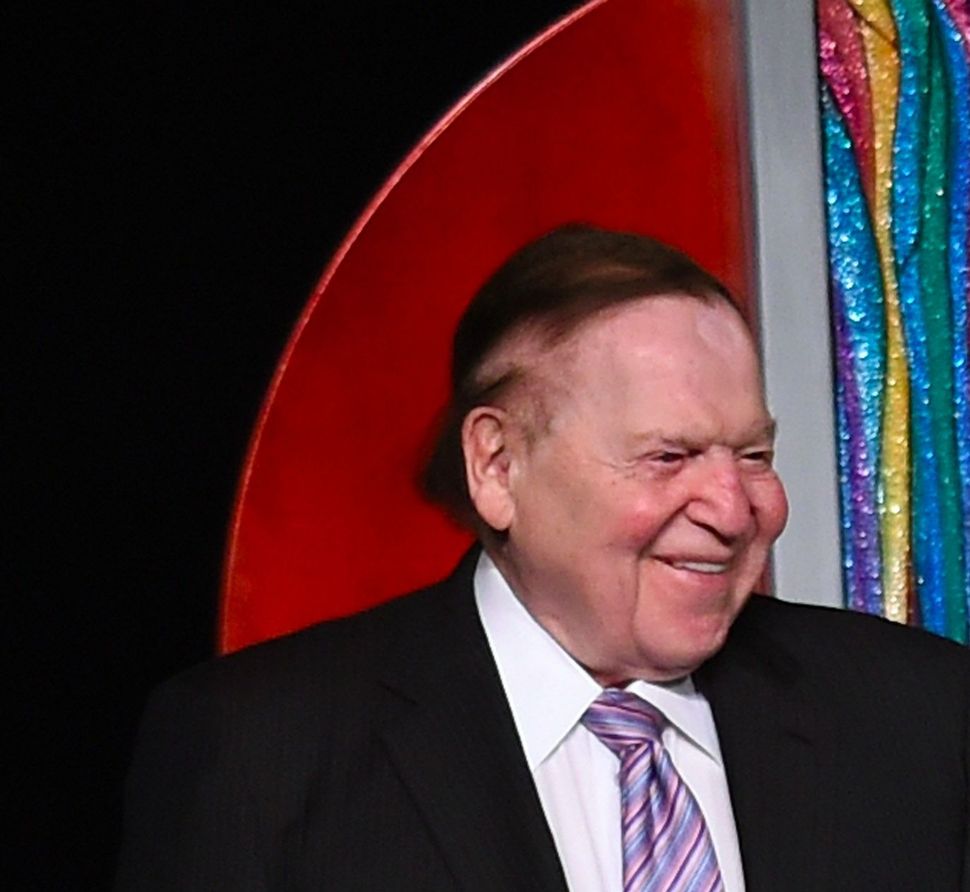 Sheldon Adelson, perhaps the single most important Jewish donor to the Republican Party, showed up in Cleveland Tuesday for the party’s national convention.

The megadonor arrived to take part in a foreign policy discussion hosted by the Republican Jewish Coalition.

Adelson is expected to contribute up to $100 million to the Donald Trump campaign. But so far he has yet to actually fork over the cash, raising questions about whether and to what extent he plans to back the Donald.

The casino mogul hasn’t said anything about Trump since the Donald tweeted a controversial image of Hillary Clinton next to a star of David and a pile of cash that many Jews regard as anti-Semitic.

Adelson ignored questions about the tweet and about his planned donations as he arrived at the event, Politico reported.

Gingrich said he doesn’t believe Adelson is reconsidering his vow to support Trump.

“I doubt it,” he told Politico.

So far, Adelson’s call to Jewish donors to bankroll Trump has so far gone largely unanswered.