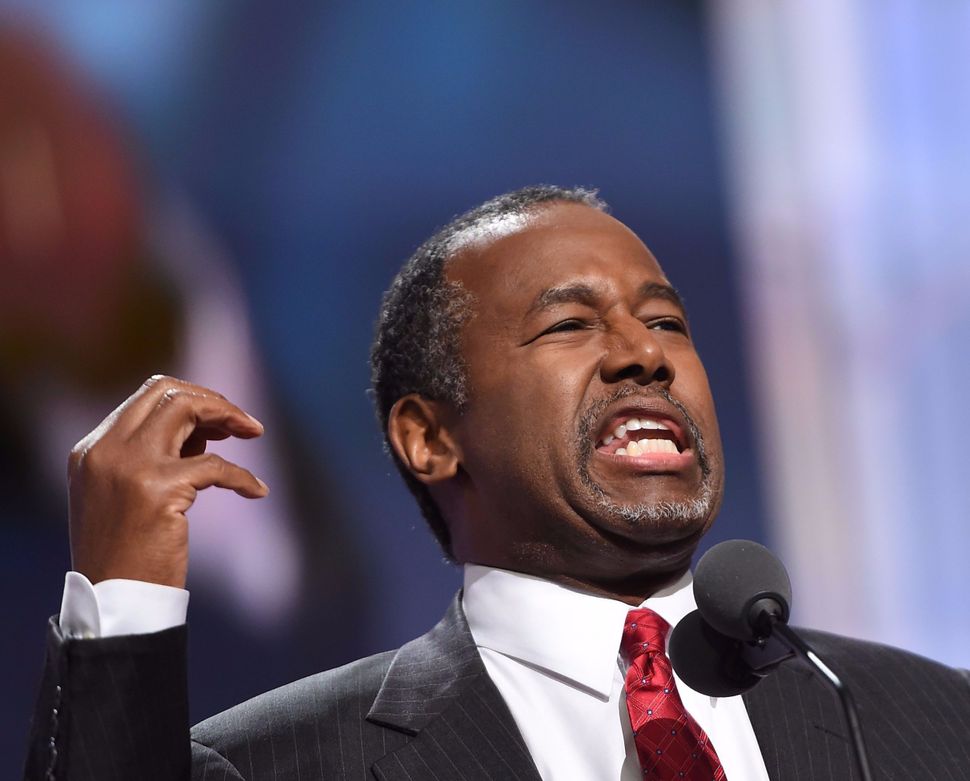 Speaking at the tail-end of the Republican National Convention Tuesday, Carson said Clinton, the presumptive Democratic presidential nominee, was unfit for the presidency because Alinsky was one of her “mentors.” Clinton wrote her senior thesis at Wellesley College about Alinsky.

An activist in the 1960s, Alinsky wrote the 1971 book “Rules for Radicals,” a guide to left-wing activism. In the book, Alinsky called Lucifer “the very first radical known to man who rebelled against the establishment.” Carson said that Clinton’s admiration of Alinsky makes her unfit for the presidency.

“This is a nation where every bill in our wallet says ‘In God we trust,’” Carson said. “Are we willing to elect as president someone who has as their role model somebody who acknowledges Lucifer?”

Carson, a neurosurgeon who ran for president in this year’s Republican primary but dropped out after failing to win any of the early states to vote, warned that the United States risks God’s wrath if Clinton wins the election.

“If we continue to allow them to take God out of our lives, God will remove himself from us, we will not be blessed and this nation will go down the tubes,” Carson said.