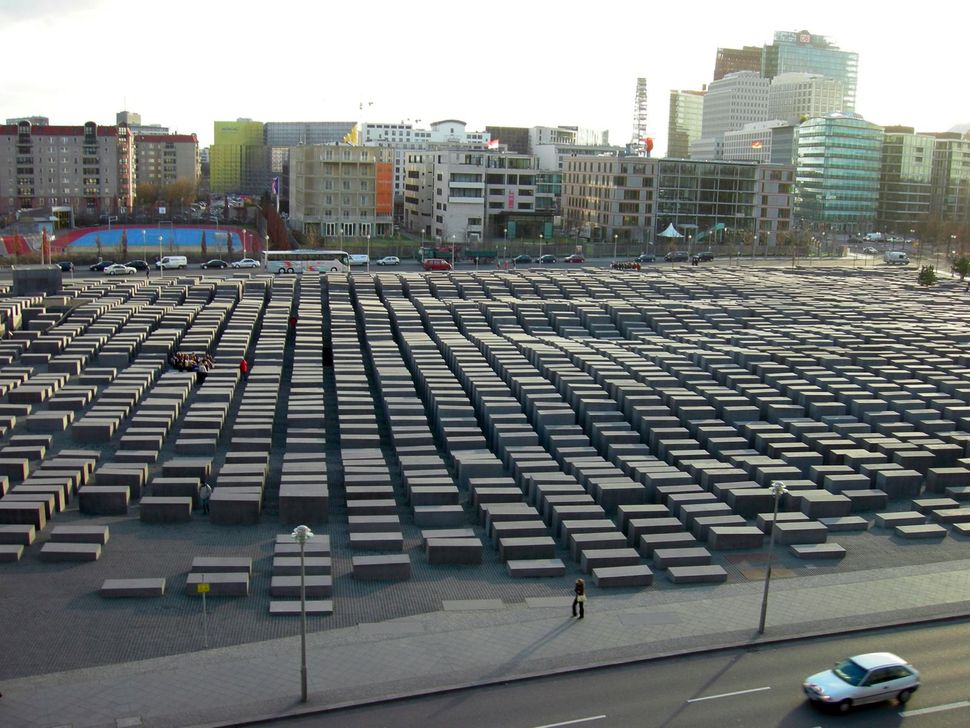 BERLIN — The Pokemon Go craze has hit Holocaust memorials in Germany and a Jewish cemetery in Britain, in what some Jewish community representatives said was a show of insensitivity that the game’s developer should help prevent.

According to news reports, players have been gleefully seeking Pokemon creatures using their cell phones at a memorial for the 320 murdered Jews of Aurich, a town in Lower Saxony. Pokemon Go is a game which superimposes animated figures onto the video feed of smartphone cameras. Players can “catch” the animated figures if they stand near enough to the geographical area designated by the program as a PokeStop.

Gunther Siebels-Michel, on the board of the German-Israel Society in East Frisia, told the NWZ online newspaper he was outraged, calling the behavior “completely inappropriate.” He said that the society would likely lodge a complaint with the US developer of the game, Niantic.

This is just one of many memorial sites in Germany where players of Pokemon Go have turned up in recent weeks. And sometimes, little can be done about it.

Pokemon Go players have been spotted at the national Holocaust memorial in Berlin, where visitors can have a feeling of being overwhelmed and even lost among the grid of more than 2,000 concrete slabs.

A memorial spokesperson told the Tagesspiegel newspaper that they were trying to get the Pokemon app barred from the site. Meanwhile, she said she expected visitors “to behave in an appropriate and respectful manner” and not to play the game in the memorial.

In London, Pokemon-playing youngsters were found walking over graves in a Jewish cemetery in Edmonton search of the game’s virtual monsters. Stanley Kaye, a local historian, asked the teens to refrain from doing so at Federation Cemetery on Monday, The Jewish News of London reported.

Meanwhile, in Sandhorst, near Aurich, players have turned up at a memorial to slave laborers who were forced to dig anti-tank ditches in 1944.

And in southern Germany, Karl Freller, director of the Foundation for Bavarian Memorials, has written to Niantic asking them to keep the memorials at the former Dachau and Flossenburg concentration camps off the app.

According to the Evangelical Press Service, agency, the Foundation for Memorials in Lower Saxony has not spotted any Pokemon Go players at the Bergen-Belsen camp memorial, but attributed this to the fact that school is out for the summer, and there are fewer pupils visiting the site.

In Poland, the administration of the memorial at the former Nazi death camp of Auschwitz-Birkenau already has asked Niantic to take the site off its app.

While memorials are trying to keep Pokemon fans at more than an arm’s length, museums reportedly are enjoying the extra attention they’re getting, even if players are looking at their phones rather than at
the art.

But in Russia, the main Jewish religious group, the Federation of Jewish Communities of Russia said on Tuesday it does not mind people playing the hit smartphone game “Pokemon Go” around synagogues and other cultural buildings.

The group, which is a Chabad-affiliated umbrella, on Tuesday that it is not against the game as long as it is not disturbing the congregation. “We don’t see any problem,” the Jewish federation’s spokesman Andrei Glotser told the Tass news agency. “Let them come and search (for the Pokemon), maybe even something useful will come out of this!”

In St. Petersburg, the Grand Choral Synagogue even offered a prize – a kosher wine bottle – for anyone who catches a Pokemon on the premises.