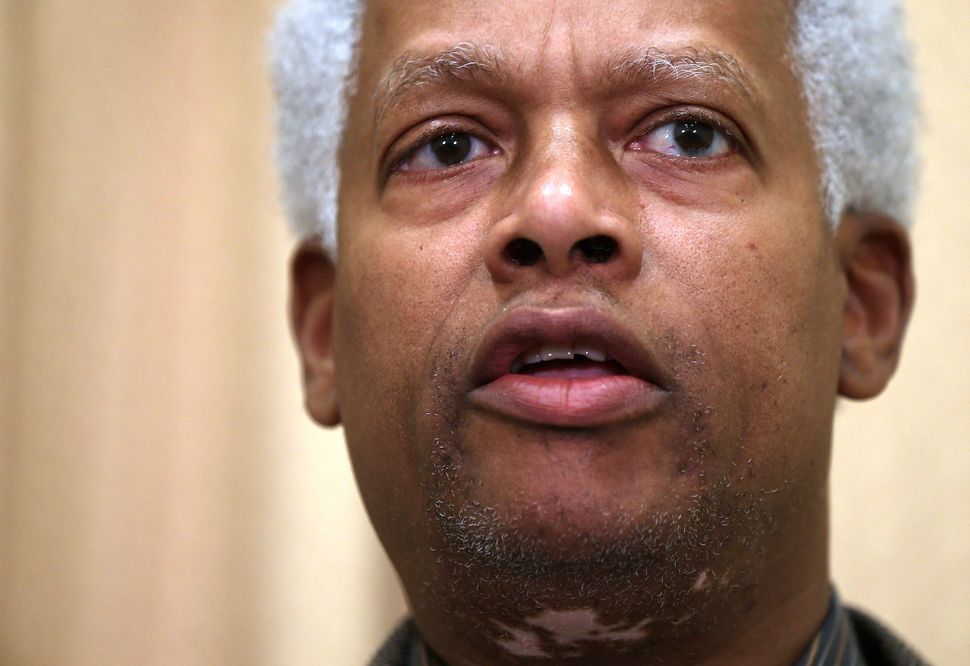 Only days after former Georgia lawmaker Cynthia McKinney implied in a tweet that Israel was involved in the recent terror attacks in France and Germany, her replacement in the House is stoking anger in the Jewish community by likening Israeli settlement in the occupied West Bank to “termites.”

Democratic Rep. Hank Johnson decried the ongoing settlement of the West Bank by Israeli settlers during an event sponsored by the U.S. Campaign to End the Israeli Occupation, a group that supports the Boycott, Divestment and Sanctions movement, according to conservative news site the Washington Free Beacon.

“There has been a steady [stream], almost like termites can get into a residence and eat before you know that you’ve been eaten up and you fall in on yourself, there has been settlement activity that has marched forward with impunity and at an ever increasing rate to the point where it has become alarming,” he said.

Johnson, a member of the House Armed Services Committee that recently pushed to increase funding for Israeli defense programs by nearly $200 million, also said that increasing encroachment on Palestinian territory and travel restrictions for Palestinians threaten any chance of a two-state solution.

“We’ve gotten to the point where the thought of a Palestinian homeland gets further and further removed from reality,” he said.

The Anti-Defamation League slammed Johnson on Twitter Monday, and it called on him to apologize.

“This is an offensive and unhelpful characterization. Demonization, dehumanization of settlers doesn’t advance peace,” it tweeted.

This is an offensive and unhelpful characterization. Demonization, dehumanization of settlers doesn’t advance peace https://t.co/m4rus9nuqk

Johnson responded on Twitter with an apology and a clarification.

Additionally, Johnson’s office told the Atlanta Journal-Constitution that the congressman did not call Israelis termites, and that he did not intend to insult or speak derogatorily of the Israelis or the Jewish people. Instead, his termite metaphor was intended to refer to the corrosive settlement process, not the Israeli people, it said.

However, Johnson, who recently returned from a trip to the Palestinian territories with several other House Democrats, has held his ground on his criticism of the Israeli occupation.

“The corrosive settlement policies undermine the ability of all citizens in the region to enjoy healthy, peaceful lives in safe communities,” he said in a statement to the Atlanta Journal-Constitution. “We must work to promote policies that support a two-state solution and encourage trust between both sides.”