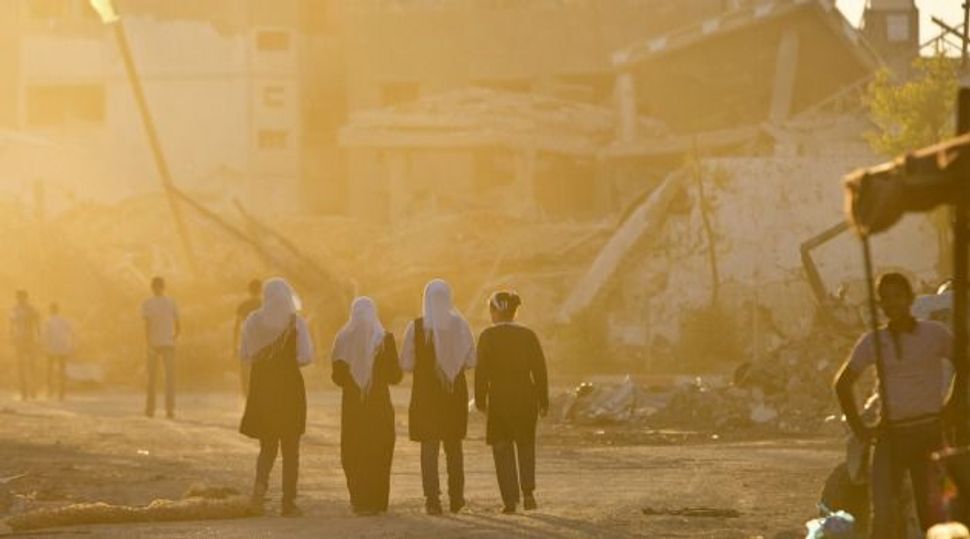 The parents of soldiers killed during Israel’s 2014 war with Hamas in Gaza heckled Prime Minister Benjamin Netanyahu during a memorial ceremony.

“We don’t believe you,” shouted Yoram Tal, whose son Omri, a captain, was killed during Operation Protective Edge. “My son died for democracy, not for this government.”

Tal’s shouts at the beginning of the prime minister’s speech Tuesday at Mount Herzl in Jerusalem were broadcast on Israeli news websites.

“As a bereaved brother, I understand your pain,” Netanyahu responded. His brother Yoni was killed in the Entebbe Airport raid in Uganda in 1976.

Another father, and his wife, called for an inquiry into the operation, according to reports.

“The families are asking the prime minister, like prime ministers before him … to set up a commission of inquiry into the events of Protective Edge,” said Moti Matt, whose son Lee, 19, was killed in Gaza.

“This is the entire demand, but the prime minister comes along and paints everything rose-colored and says everything will be fine,” said Matt’s wife, Smadar.

Netanyahu praised the success of the operation.

Sixty-six Israeli soldiers, five Israeli civilians – including a 4-year-old boy — and a Thai national were killed in the conflict. Some 2,220 Palestinians were killed; the number of Hamas operatives versus civilian casualties remains in dispute.

Netanyahu also promised that the return of the bodies of two soldiers, Lt. Hadar Goldin and Staff Sgt. Oron Shaul, whose remains are being held hostage by Hamas, “is an ongoing mission for me and one that we will achieve, even if it takes a long time.”