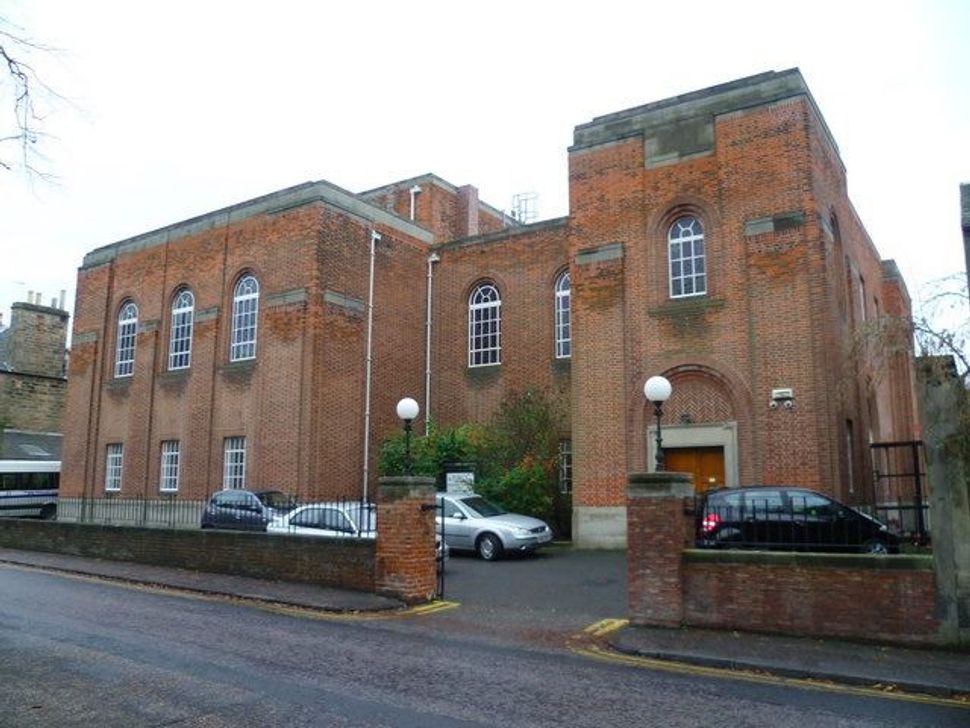 – The organization representing Scottish Jewry reported a significant deterioration from 2013 in congregants’ level of comfort living as Jews in Scotland.

The Scottish Council of Jewish communities, or ScoJeC, released on Wednesday a report that it called “sobering” and “very perturbing” based on a survey filled out by 300 people after 2014.

Nearly one-third of respondents explicitly talked about a heightened level of anxiety, discomfort, or vulnerability, despite not having been directly asked about it, ScoJeC wrote in the report, which the organization compiled as a follow-up to a survey conducted in 2012-2013.

The follow-up was launched after an explosion of reports about anti-Semitic incidents in Scotland in 2014, in connection with Israel’s war with Hamas in Gaza.

Scotland is a country in the United Kingdom, which has its own parliament, educational autonomy and government. It is, however, not an independent nation although the ruling Scottish National Party supports independence. Many SNP politicians and voters support Palestinian national ambitions, which some observers say many Scots see as parallel to their own people’s aspirations.

“So many Jewish people told us that they were feeling uncomfortable and anxious and even afraid to go about their day-to-day activities, that the Scottish Government was concerned enough to fund a further study of how the experience of Being Jewish in Scotland had changed,” ScoJeC wrote.

“Sadly, this second inquiry was entirely dominated by expressions of insecurity and alienation. Most tellingly, the person who said in 2012 that Scotland is a ‘darn good place to be a Jew’ told us less than two years later that ‘I feel alienated, and no longer Scottish first then Jewish. I feel Jewish only.’”

Seventeen percent of respondents told ScoJeC they now keep their Jewish identity secret, as opposed to a handful in 2012-2013.

A similar number mentioned the raising of Palestinian flags by some local authorities in 2014 as having contributed to their general sense of unease.

Thirteen percent of respondents told ScoJeC they did not believe in the impartiality of public authorities, including the police, when it came to complaints involving anti-Semitism. Several respondents said that, for the first time, they were considering leaving Scotland and 11 percent said they have difficulty finding anything good to say about being Jewish in Scotland.

“Nonetheless, it is reassuring that the Scottish Government has listened to these findings, and is taking the concerns of our respondents seriously,” ScoJeC Director Ephraim Borowski wrote in the report. The government has increased financial support for SCoJeC’s work “to ensure that Jewish people in Scotland feel safe, secure, and supported.”

First Minister Nicola Sturgeon, who has led the Scottish Government since 2014, he added, “has made good her promise of greater engagement with members of the Jewish community as we work together to eradicate anti-Semitism and intolerance in this country.”