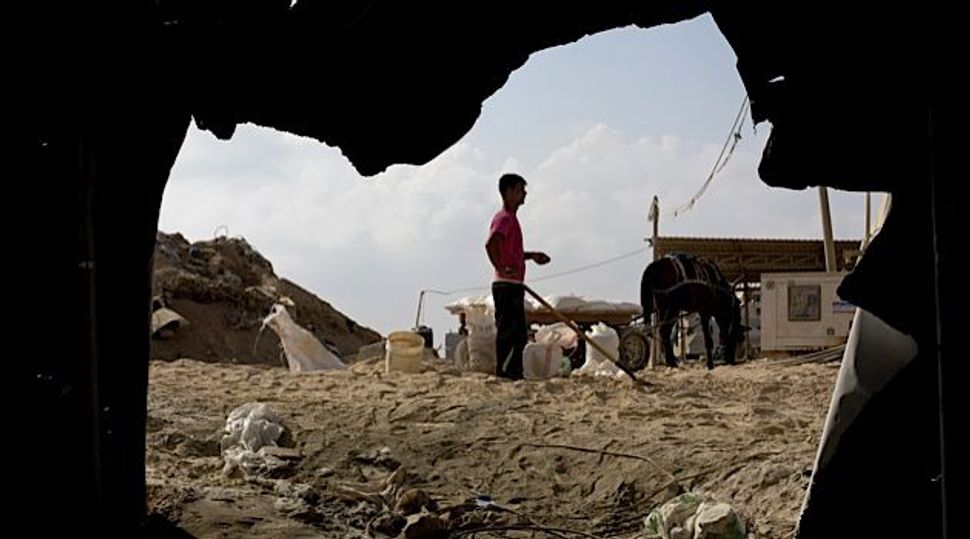 — Hamas is digging more than six miles of tunnels leading from Gaza to Israel each month and some are undetectable, Israeli defense and diplomatic officials said.

“We have no perfect solution” to the threat, the officials were quoted as telling Channel 2, “and neither does any other country.”

While there have been numerous reports in recent months of ongoing tunnel digging — and of Israel destroying some tunnels — this appeared to be the first public estimate quantifying the threat.

In May, Israel’s Shin Bet security service said it had acquired “extensive information” on terror tunnels from Gaza terrorists it has detained.

Investigators also learned about the tunnel excavators’ work methods, tools and procedures. For example, diggers use several methods to disguise their activity, such as a prohibition on exiting tunnels in work clothes. Excavators are required to shower and change clothes inside the tunnels, the Shin Bet said.

The Shin Bet also said last August that Hamas is monitoring Israeli activity to locate the tunnels while building them.

The Channel 2 report on tunnels came amid claims that Prime Minister Benjamin Netanyahu mishandled the 2014 Gaza war and that the scope of Hamas’ tunnel network had caught him by surprise.

On Wednesday, Netanyahu’s office responded to the allegations with a statement saying they are “without foundation” and “false.” The statement said that from Nov. 11, 2013 to July 3, 2014, “the tunnel threat was presented, in its full severity, at nine separate Cabinet meetings. The protocols show this beyond all doubt.”

According to the statement, six months prior to Operation Protective Edge, Israel’s military operation in Gaza in 2014, from Jan. 16, 2013 to July 9, 2014, Netanyahu “convened six professional discussions on the issue of the tunnels.” The defense minister, the army’s chief of staff, GOC Southern Command, heads of the IDF’s engineering and technology branches, and field commanders were among the participants in the meetings, it said.

At the discussions, the statement said, “the prime minister directed that operational and technological solutions be advanced to meet the tunnels threat.”