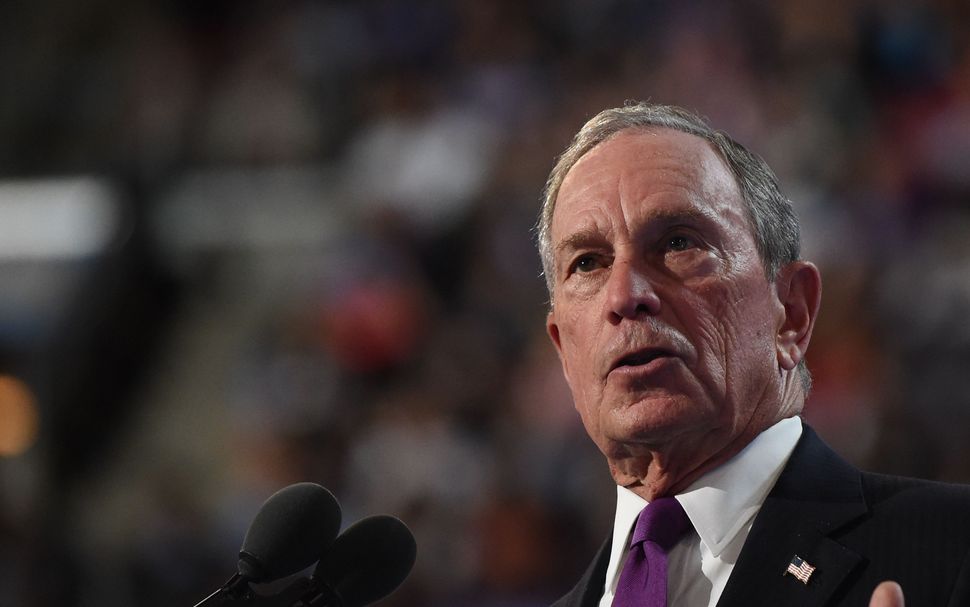 Michael Bloomberg assailed fellow billionaire Donald Trump on Wednesday, calling his U.S. presidential race a “con” and ripping into his history of bankruptcies and lawsuits.

“Trump says he wants to run the nation like he’s running his business? God help us,” Bloomberg told the Democratic National Convention in Philadelphia to roaring applause. “I’m a New Yorker and I know a con when I see one.”

Formerly a Republican and now an independent, Bloomberg was for the most part greeted warmly by the audience in the Wells Fargo Center arena where he threw his support behind the Democrats’ presidential nominee, Hillary Clinton.

The Jewish owner of the Bloomberg media empire and a former New York City mayor, Bloomberg was an odd choice for a speaker at the Democratic conclave, where many party progressives have railed against the influence of billionaires in politics.

“Let me thank all of you for welcoming an outsider here, to deliver what will be an unconventional convention speech,” he said when he took the stage, eliciting cheers. “I am not here as a member of any party. I am here for one reason: to explain why I believe it is imperative that we elect Hillary Clinton as the next president of the United States.”

Bloomberg had considered running for the White House as an independent this year but dropped the idea in March, saying it could increase the chances Trump would win.

But since Trump entered the race for president in June 2015, Bloomberg has taken issue with him, lashing out at his policies and fiery rhetoric, especially his call to ban Muslims from entering the country and his promise to wall off the Mexican border and deport millions of undocumented foreigners.

On Wednesday, he went a step further and favorably compared his own business record to Trump’s. “I’ve built a business, and I didn’t start it with a million-dollar check from my father,” Bloomberg said.

Trump, 70, who often boasts about his extravagant wealth and success in the real estate business, is listed 113th with $4.5 billion, though that figure has been widely challenged.

A Reuters review of Trump’s federal filings showed he had cash and other liquid investments worth between $60 million and $180 million in May, far short of the amount he would need to self-fund his campaign. —Reuters