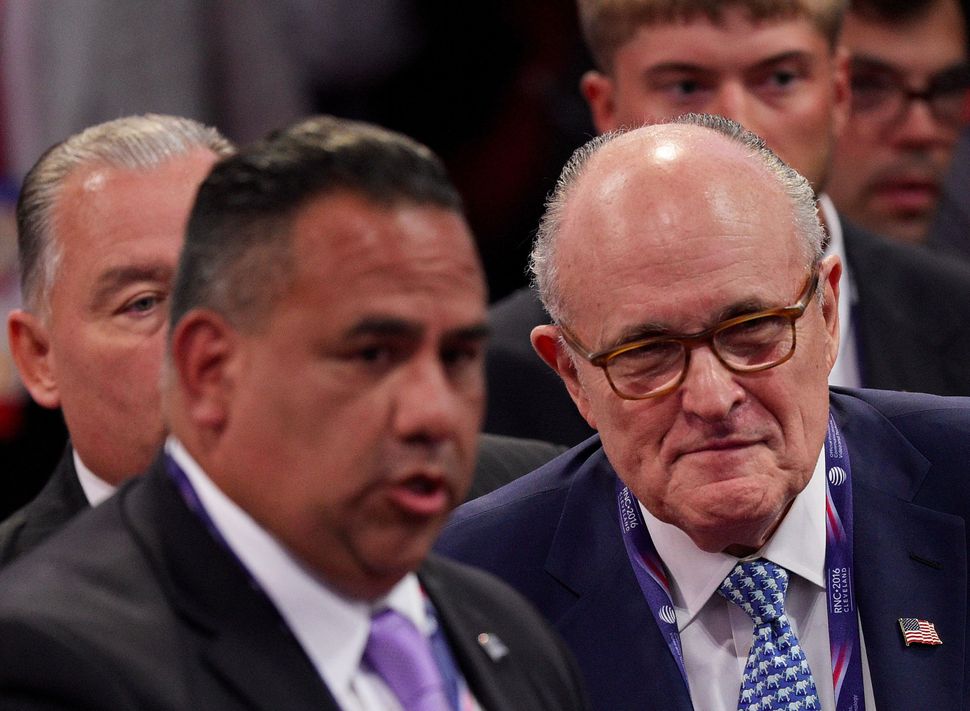 The former New York mayor defended Donald Trump against allegations that he invited Russia to hack Hillary Clinton’s emails by noting that Russia, Israel and other allies have likely already done just that, Politico reported.

“If they could get into that DNC server, they owned her server,” Giuliani told a radio show, linking the leak of Democratic National Committee emails and Clinton’s use of a private email for top-secret messages. “And not only did they own it, you know, but so did the Russians, possibly the Israelis, maybe a couple of our other allies.”

Giuliani added that such cyber skirmishing is par for the course in the digital age.

“And we do the same thing, so don’t get all upset,” Giuliani said Thursday on “The Mike Gallagher Show”