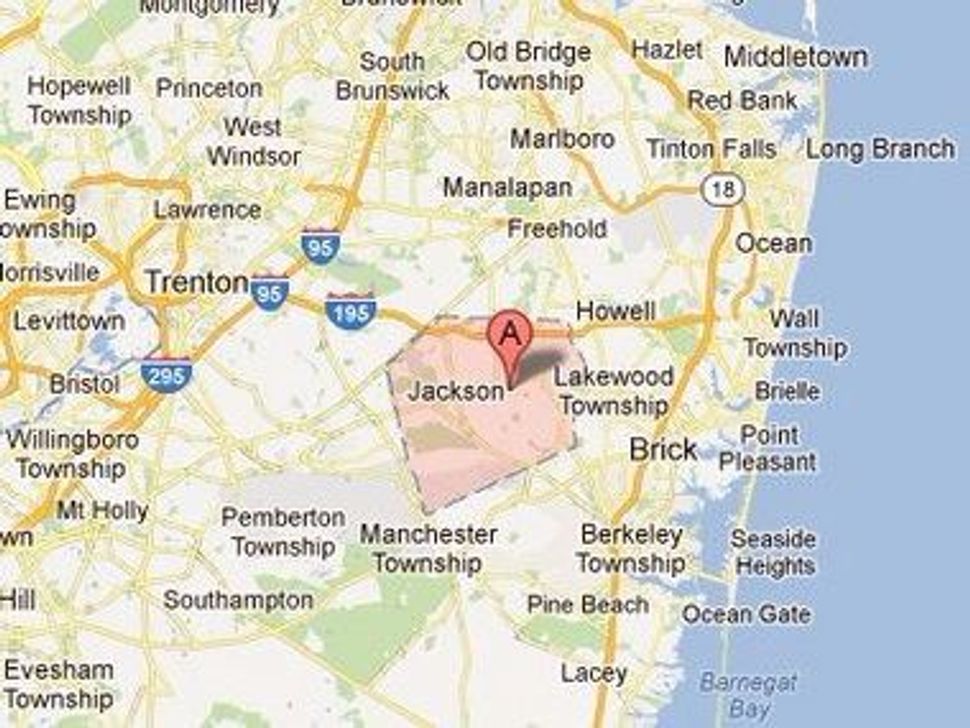 — A New Jersey township is calling on the U.S. Department of Justice to investigate haredi Orthodox community leaders for alleged “blockbusting,” or trying to pressure large numbers of longtime homeowners into selling their property to Orthodox Jews.

The incident is the latest example of tensions between a large and growing haredi Orthodox community in the Lakewood area and its non-Orthodox and non-Jewish neighbors.

For months, numerous residents in communities near Lakewood, in southern New Jersey, have accused real estate agents representing haredi Orthodox clients of aggressively pressing non-Orthodox homeowners to put their property on the market. Members of the Orthodox community have denied the claim.

On Tuesday, the Jackson Township Council said it was alarmed by videos circulating in which Orthodox leaders at the haredi Agudath Israel of America’s November convention encouraged Orthodox Jews to buy property in communities near Lakewood, the Asbury Park Press reported.

“Those videos very strongly indicated what I think many of us had feared or have attempted to prove, and that is there seems to be a cohesive attempt to blockbust our neighborhoods, to look at Jackson as a place to be taken over,” Rob Nixon, the council president, told the newspaper.

However, Orthodox leaders disputed the council’s claims and said that they were based on misinterpretations of Yiddish phrases.

“Someone who takes it upon themselves … they could turn it around,” he said, according to the Press.

However, the Press said the video does not urge people to intimidate homeowners, the behavior generally associated with “blockbusting.”

In reporting on the video, the community news website Shore News Network defined “shtickle” as a pejorative Hebrew term that means “second class.”

Avi Schnall, the state director of Agudath Israel for New Jersey, said that by “shtickle,” the speaker meant “little” and not “second class.”

“It’s the most ridiculous thing in the world that they would construe it to mean something negative,” he told the Press.

In a letter sent to the Justice Department, Michael Nagurka, an attorney for the township council, wrote, “While the Township takes no position on who buys property within its borders, some individuals have sought to purchase all homes on entire blocks of certain neighborhoods. Furthermore, at several public meetings, many residents have indicated that these individuals have used intimidation and fear in an attempt to accomplish these legal aims.”