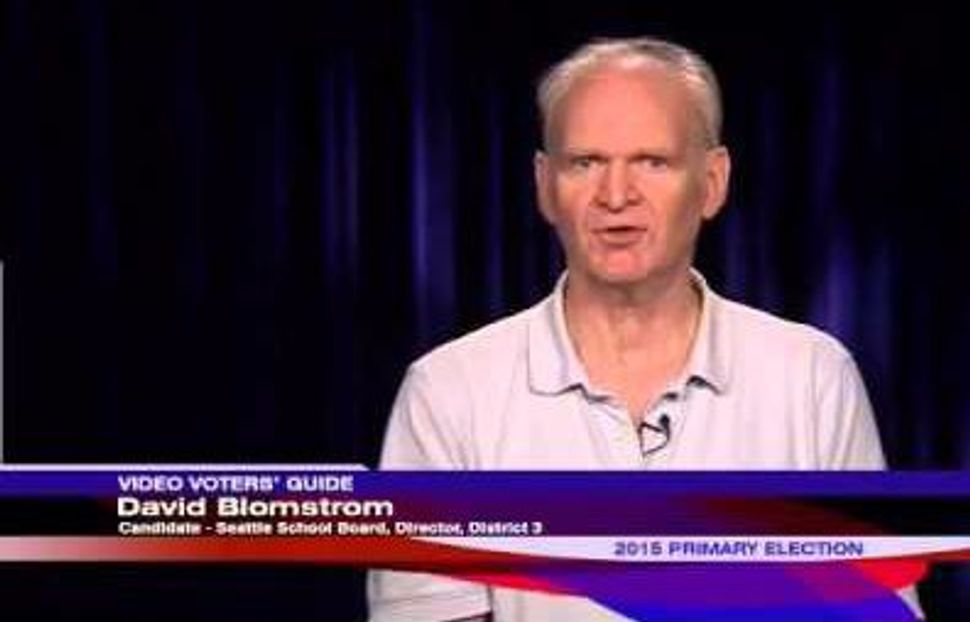 David Blomstrom, one of eleven candidates for governor of Washington, has made educating the world about “Jewarchy” a central goal of his campaign. The former wildlife biologist wrote in a campaign primer distributed by the State of Washington that “Merely adding [Jewarchy] to your vocabulary makes my campaign a success.”

“If you’re bothered by the U.S. government giving billions of dollars to Israel — an illegitimate terrorist state — or Obama giving millions to wealthy alleged Holocaust survivors while snubbing homeless Americans or survivors of the ongoing Native American Holocaust, then you already have an idea what I’m talking about,” the statement continues.

On his website, Blomstrom has multiple statements about the role of Jews in the media and Zionist control over world affairs. He also uses language that questions the reality of the Holocaust.

“I can also tell you that Jews have played an enormous role in screwing Latin America,” he writes on the “Issues” page of his site. “Did you know Christopher Columbus was probably a Jew?”

Blomstrom is running as a candidate for the Fifth Republic party — a party he started. He bills himself as “Seattle’s only activist” and seems to hold no illusions about his gubernatorial prospects.

“I realistically have very little chance of making it past the primary, thanks to a combination of establishment corruption and public apathy/stupidity,” he writes in the “Victory!” section of his website.

Blomstrom told the radio station KPQ, which covers north central Washington, that he decided to form his own party out of disgust with the two mainstream ones.

“The Democrats and Republicans are the same thing,” he said. “Obama and George Bush are pretty much on the same level. They’re both just hopelessly corrupt.”