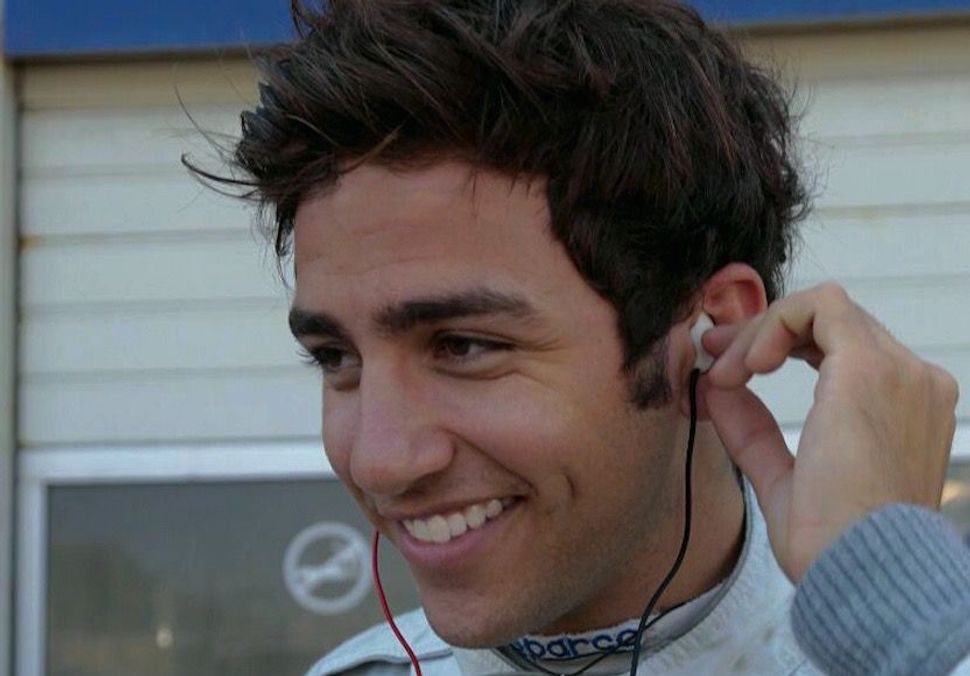 NASCAR driver Alon Day is gearing up for another race. Image by Wikimedia Commons

Alon Day could make history as the first Israeli to drive in a NASCAR national series race.

Day, a 24-year-old from Ashdod, Israel, is poised to make his debut in the NASCAR Xfinity Series on Aug. 13 at the Mid-Ohio Sports Car Course, USA Today reported Saturday.

The Xfinity Series is NASCAR’s second-tier league, behind only the Sprint Cup Series. According to USA Today, Day’s next opportunity to make his Xfinity Series debut would be Aug. 27 at the Road America course in Plymouth, Wisconsin.

USA Today noted that it is not known whether NASCAR has ever featured a Jewish driver in one of its top leagues.

Day, who now lives in Tel Aviv, was one of 11 drivers selected to the NASCAR Next program in May. The program is designed to develop and promote the sport’s upcoming stars.

Since Israel is not a center for motor sports, Day got his start as a teenager in Go Kart racing. For the past two years he has raced in NASCAR’s European circuit, the Whelen Euro Series.

As USA Today reports, Day’s NASCAR hopes were recently given a boost by a Jewish lawyer from Florida. NASCAR fan David Levin, 63, was watching a race in April when “Duck Dynasty” star Phil Robertson gave an invocation and said that he hopes “we put a Jesus man in the White House.”

Levin was offended by the comment, so he reached out to the MBM Motorsports racing team. The Xfinity Series team offered Day a spot.

“Jewish kids want to have a sports role model,” Levin told USA Today. “This is something where the Jewish community should step up to the plate.”