Aly Raisman, AKA ‘Grandma,’ on Course for Rio Medal 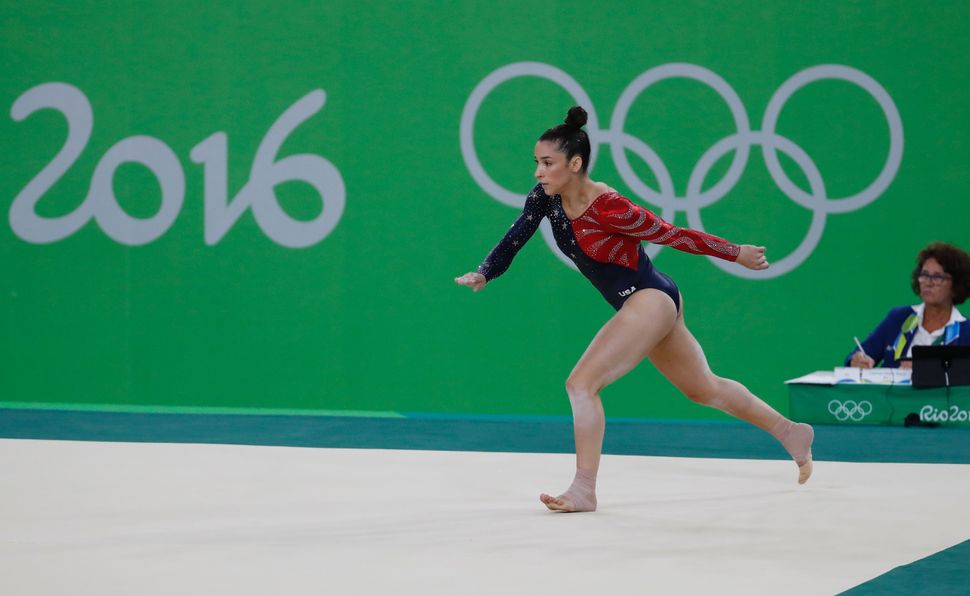 — Jewish-American woman’s gymnast Aly Raisman  earned a spot in the individual all-around competition at the Olympics in Rio.

The American women’s gymnastics team came in first place in the qualifying for the team finals with a score of  185.238 points, ahead of second place China with a score of 175.279  and third place Russia with 174.620. The finals will take place on Tuesday.

Raisman also will compete in the individual competition in the floor exercise. Raisman won a gold medal in the 2012 London Olympics in the floor competition, performing a routine to “Hava Nagila.”

Raisman, 22, is the U.S. women gymnasts’ team captain, and is nicknamed “Grandma” by her teammates.

Aly Raisman, AKA ‘Grandma,’ on Course for Rio Medal